The role of the mobile phone has transformed in recent years from that of a portable calling device into a thinking, knowing, digital assistant. Today, smartphones can anticipate our journeys, complete purchases for us, and communicate instantly with billions of social media users.

Of course, there are few great innovations that come completely free of discernible downsides, and one of the most significant issues behind the emergence of smartphones is the level of information we confide in them, and the potential for hackers to access our personal details through unsuspecting handset owners.

Instances of smartphone hacking are on the rise like never before, with Android being one of the most vulnerable targets. 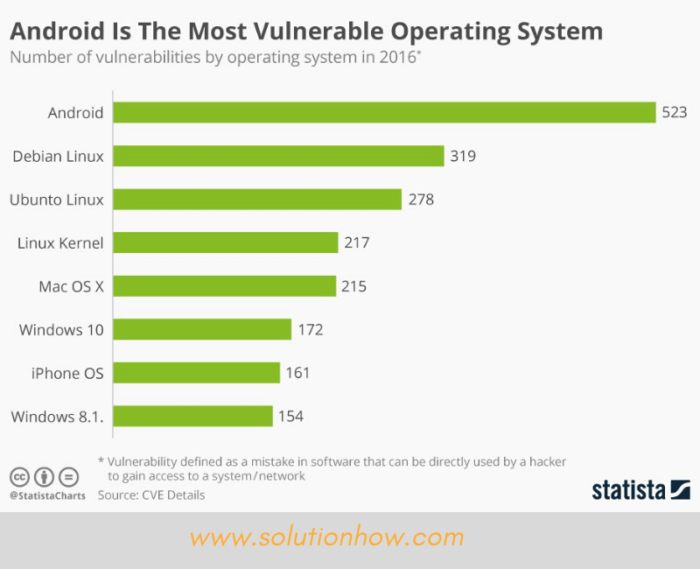 But fear not – there are plenty of measures you can take to ensure that you don’t fall victim of prying eyes. Here’s a list of seven simple ways of adding an extra layer of privacy onto your smartphone.

In light of the fines that both Apple and Samsung received recently after it was found that they were deliberately slowing down older models of their phones to encourage sales for their newer handsets, it could be tempting to ignore your system update notifications.

However, many of the iOS and Android updates that you’re prompted to download are primarily security-based – and typically help to patch up any vulnerabilities discovered by developers. If you choose to avoid regularly updating your smartphone, it could be significantly more susceptible to attacks. 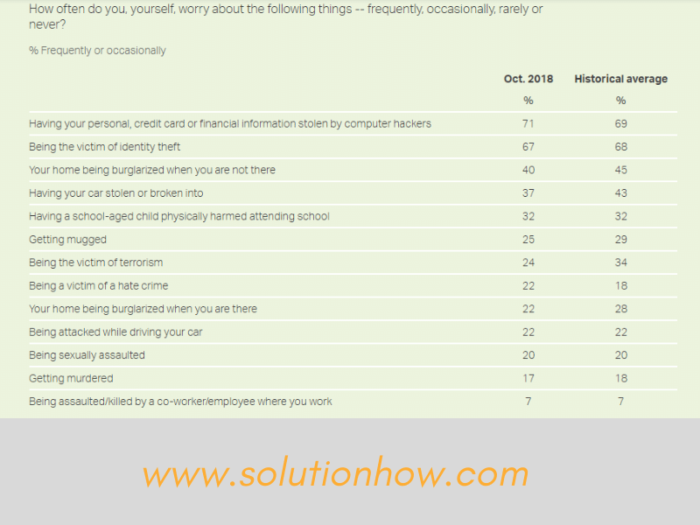 Given the fact that some of the US cell carriers are selling your real-time location data, it’s never been a better moment to switch to a more secure network.

UpGuard ran research where they measured things like SSL encryption, email verification and breach history and gave a score to each carrier.

As you can see, most carriers showed either low or mediocre score.

When it comes to the UK, according to Tech Advisor, networks like EE, O2 and Three are among the best-performing ones.

Take care on the app store

One of the common ways hackers can gain access to your private data is through rogue apps that pose as if they’re popular applications like WhatsApp and Facebook. When you download these trojan apps, hackers could potentially have the power to take pictures, record audio and access your personal data without you even knowing.

To minimise the risk of trojan applications, it’s important to take extra care on your respective app stores. Keep on the lookout for developer information and check reviews before going through with a download. If something doesn’t seem right, it could be worth investigating further.

Modern smartphones have built-in biometric functionality which adds and an invaluable layer of protection for your device. Whether you have fingerprint sensors or facial identification, it’s definitely worth setting them up on your phone. 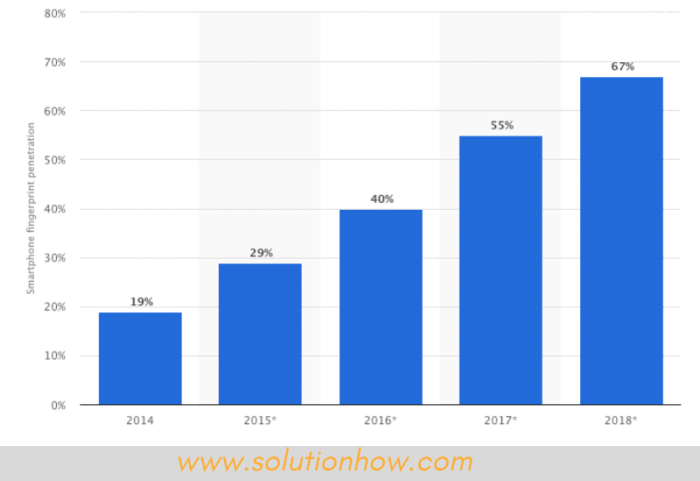 (Chart showing the penetration of fingerprint sensors in smartphones from 2014 to 2019. Image Source: Statista)

We’re used to entering passwords in order to access both devices and digital services, and while you have the freedom to make your memorable phrases as complex as possible – they’re still much more susceptible to break-ins than with biometrics. Invest a few minutes in getting these added levels of security set up and then rest assured that your handset is much better protected.

Having the ability to automatically log into your applications is a useful advantage of modern technology. The convenience of being able to leave windows open and running behind the scenes on your handset is a great way of saving time too. However, it’s important to avoid leaving sensitive data open and unlocked in the background of your phone.

Not only does leaving windows open give physical thieves better access to your personal information, but it also makes it much easier for malware to track and record confidential information.

If you haven’t already, set yourself up for tracking services like ‘Find My iPhone’. While losing the one piece of technology that knows you better than you know yourself might feel like a scenario that doesn’t bear thinking about – the idea of your device falling into the wrong hands for long enough to cause real damage is even worse. Also beware of unfamiliar numbers and use free reverse phone lookup before you answer the call.

Beware open WiFi networks. With the right set of tools, hackers using the same network could have the ability to take a snoop into what you’re up to online.

This doesn’t necessarily mean that you should avoid connecting to the free WiFi at your local coffee shop, but it does mean that it’s worth keeping vigilant. Like many of the recommendations in this list, it’s very much worth keeping well away if something doesn’t seem right.