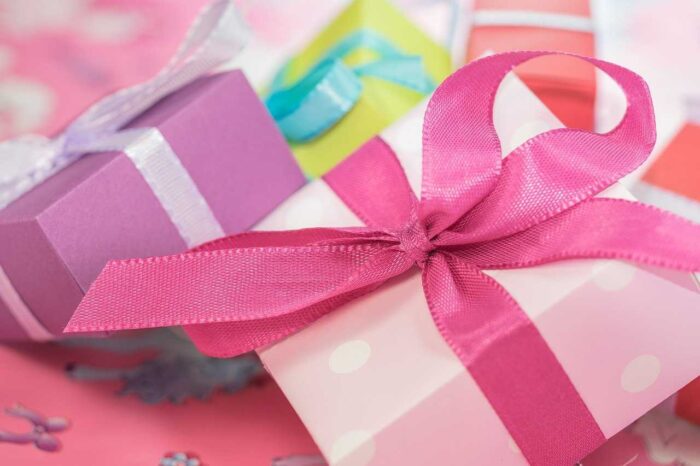 As the song goes – It’s beginning to look a lot like Christmas, with trees beautifully lit up and decorated, and the classic Christmas songs being played on the radio and in stores. It also means that the time has come to start figuring out what you are going to buy members of your family this year.

Mums and dads are usually pretty straight forward, with items such as perfumes, cosmetics, slippers and a bottle of whisky being staples gifts that are picked up around the world. However, gifts for some family members usually need a little more thought, and none is more true than when it comes to buying a Christmas gift for your teenager.

They aren’t called the difficult years for nothing, and even Christmas cannot escape the clutches of the teen years. Gone are the sweet smiling faces waiting anxiously for Santa, and in their place are confused, angry, rebellious features questioning everything and feeling as the whole world is against them. Christmas shopping for teenagers is never easy, so in this article we will take a look at how you can find the best gift for your young adult.

Not all teenagers will have reached the stage where they feel that the troubles of the world are on their shoulders, and some may actually have a very happy-go-lucky attitude and outlook on life. It’s not all sulking, acne and wanting to stay locked in their bedrooms for the festive period.

If you have a young teenage son or daughter, then there are quite a few great gifts that you can pick up for them which will be more than appreciated.

For young girls who may be feeling vulnerable and conscious about their looks and appearance, gifts such as a set of cosmetics or a new perfume can go a long way to making them feel comfortable about themselves. For young teenage boys, they might still be in the game phase, and there are various, more mature types of toys and games that they might enjoy, such as complex modeling sets, or a radio-controlled car.

Most teenagers will have reached the stage in their lives where they know what they’d like, and what they wouldn’t, which makes it common sense to actually ask them what type of gift they’d like for Christmas. Trying to figure out the perfect christmas gift for a 15 year old boy or girl is not going to be an easy task !

Teenagers are one of the most targeted demographics for a variety of products including electronics, sports, fashion and much more. Most teenagers will also be missing the thing that everyone needs – money.

Unless they have been working part time and managed to save up a small amount, or have been saving their pocket money since they were kids, the chances are, your teenager wouldn’t be able to afford much, specially not something such as a new smartphone, a pair of trainers or a laptop.

If you have a teenage daughter then it will be best to give her the makeup kits that she loved the most. As we know that being beautiful inside and out is very important for them to build up their personalities and confidence in dealing with people around them. Your teenage daughter will surely be glad and happy to receive a makeup kit gift from you. Make sure that you include buying eyelash extensions from Paris Lash Academy as this will complete the makeup kits or accessories. And you will never regret giving eyelash extensions as this will be used anytime, anywhere that your daughter feels wearing them.

Most teenagers are very knowledgeable when it comes to the latest gadgets and technical products, so something along those lines will always be a good starting point. Maybe they are really into their music and could use a good pair of headphones or earbuds. Maybe they are moving towards a more serious period of study at school or college and could really do with a laptop to help them along with their studies.

For some boys, maybe they’d like a new game for their XBox or Playstation. If that’s the case, check with them which game they’d like, and don’t just pop out to the shops and pick up one you think they’d enjoy. There’s a huge difference between the latest edition of Fifa and the version from 2017 which can be picked up a lot cheaper. When it comes to gaming, it’s usually the latest releases that everyone wants, and not games from several years back.

When it comes to clothes, there is usually a period during the early years of being a teenager when the individual has their own preferences and styles for fashion and clothing. Up until then, mum and dad usually had free range on what their kids were wearing, but as the kids grow up into teenagers, it’s better to let them tell you the type of clothes they want, rather than you picking out something for them. If it’s not to their tastes, the chances are that it will stay in the back of the wardrobe and not see the light of day again.

For young girls, it’s usually a little easier, but it’s still a good idea to check with them first. For teenage girls, they will also usually be interested in various accessories and jewellery as well as clothes, so it could be best to let them pick what they want to wear and instead get them some other presents instead. In fact, when it comes to clothing for both boys and girls, why not consider handing them some gift vouchers to one of the popular stores, and let them pick up exactly what they want.

There are so many different things that you can pick up as a Christmas present for your teenager. It can be a new watch, a tablet or smartphone, or even a subscription to a music or streaming service such as Netflix or Spotify.

Teenagers are amongst the most difficult group to shop for, especially for celebrations such as birthdays and Christmas, so rather than take a gamble and buy something you think they’d like and appreciate, why not ask them instead. It shows that you value their opinion and needs, and can also save you from wasting a lot of money on something that they wouldn’t ever ask for.