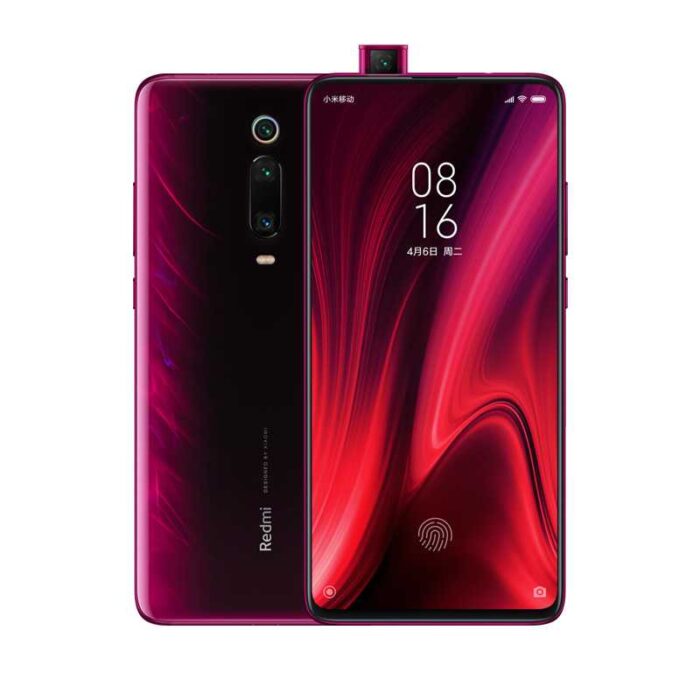 Xiaomi company presented Redmi K20 and K20 Pro smartphones in May 2019. A few months later, Xiaomi Mi 9T appears – a full analogue of Redmi K20. As far as I understand, Mi 9T is positioned as a semi-flagship in the medium-high price category.

The novelty is quite curious. Almost all fashionable features were used in it: both a fingerprint scanner on the screen, and an outgoing selfi camera from the upper part of the body, and 48 MP main camera, and SuperAMOLED sensor with support for HDR10 technology, and a battery with 18 W power adapter.

It feels that people worked on the design of this model, whose hands grow from the right place, as the appearance of Mi 9T turned out very much even winning. And it despite the fact that almost all phones are similar to each other.

The front panel has smooth transitions to the sides, the corners are slightly smoothed, the sides also smoothly transition to the back panel. I think the designers and designers kept the balance between a strict appearance and youthful spectacular design as much as possible. For example, the Mi 9T in red and blue looks very nice. But Xiaomi black is ordinary.

In this case, of course, we are talking about the back cover, because the front side of a modern phone is almost 90% of the screen without any fanciful elements.

Originally, the power button and the ring around the main camera were made in one colour – scarlet.

The volume is high, but without reserve, legibility is excellent.

Under the display is a fingerprint scanner. Its speed is average, so it is not comfortable to use.

To unlock the screen, you can use a sliding selfi camera. But it slides out slowly and not always at the right moment: most often the graphic key is started.

The top end has a noise-canceling microphone and a 3.5 mm jack. At the bottom there are skids for two nano SIM cards, a USB-C, a main microphone and holes for handsfree output. On the right rib is the power button and the volume control swing button. On the back side is a free-standing lens, and just below is a module with two more lenses, next to it is a two-section flash.

The result is a spectacular appearance, medium ergonomics due to weight and a slow fingerprint sensor.

There are AOD functions with 14 presets, there is a wake-up tap or when picking up. You can select the brightness of the matrix illumination manually or provide it to automatics, the color tone is selected in the night mode.

In summary: not a bad SuperAMOLED screen with medium backlight brightness, but high contrast and pleasant color rendering.

The phone has a built-in 4000 mAh battery. In my opinion, the model behaves more stable than the Mi 9. This is reflected in the power consumption: if my Mi 9 sample can almost instantly discharge 10% of only 5 minutes of watching 4K video, Mi 9T makes it smoother.

New feature from Qualcomm, which boasts 8 nm technical process! You can judge about its low energy consumption by the working time. By the way, there is a version with the index G. It is designed for gaming smartphones. It implements a number of functions of Snapdragon Elite Gaming, borrowed from Snapdragon 855. Also, this version SoC increased the frequency of the GPU and supports screens with a resolution up to 1440p.

In the performance test Antutu smartphone scores over 210,000 points.

When testing for trottling smartphone Xiaomi Mi 9T showed the following picture. The first couple of minutes the performance was at maximum, then fell by 15%.

The games are all on maximum settings. There are small freezes in PUBG, but this game even on the flagships sometimes poorly work…

The overall performance of Xiaomi Mi 9T is not as high as I expected, but it copes with regular tasks easily. If you work with texts of paper writing service it will get over successfully. It can be felt only after the simultaneous testing of several devices. For example, Mi9 is much faster, at the OnePlus 7 Pro level. No, Mi 9T behaves smoothly, but it seems that there is a slight delay between all the functions. It’s like the processor kicks the MIUI every time. It’s hard to explain in words – you have to use the phone.