You’ll see in the video that I’ve included in this section from matt cutts the head of Google’s Webspam team. 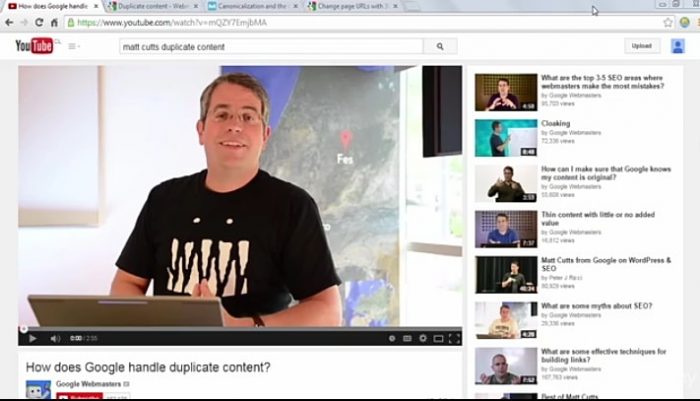 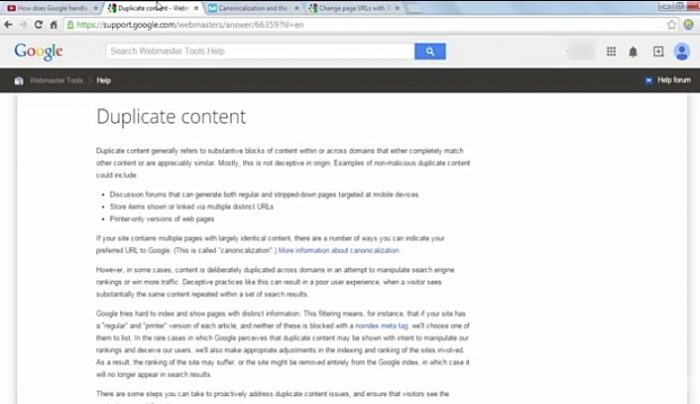 And Google will see that as you trying to cheat the system and trying to improve your ranking by having more than one of the Same thing and as he’ll say in the video it’s it’s not as serious as a lot of people would tell you, but it can be a problem and it can get you penalized by Google.
If you do it to an extreme so to avoid any kind of content issues. What you can do is create something called canonical tag for example, if you have to post that you split up into several different pages of sometimes an article will be extremely long and once you get to the bottom of the first page, will say go to the next page, but then they will also be saying The printer friendly version which would be the entire article on one page if you don’t use the canonical tag.

For the entire article Google, will sometimes view the individual pages as duplicate content, because you also have the friendly version on your website and it looks like you’re trying to put the same article on your site twice so the canonical tag and then you can also set up with the Yoast plugin is going to include that Tag for the full original version.
4 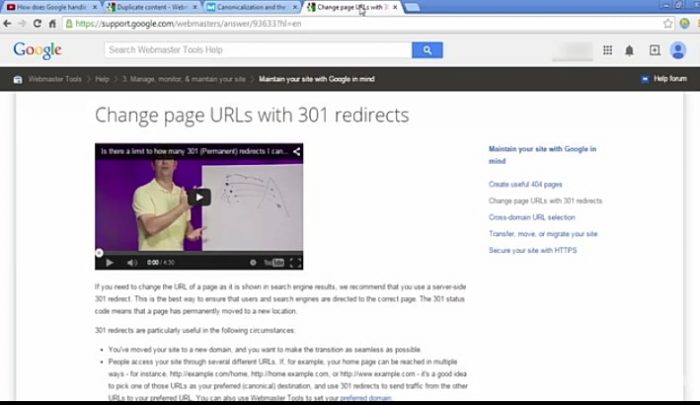 If you change the URL of the certain page you move it to a different place on your side. Maybe a different folder. You can use what’s called the three or one redirect and it basically says that if anybody goes to the old page that they’re automatically gonna be sent to the new one and I’m gonna show you how to set that up in the in the article.
I have here I wanted I wanna tell you that you can use at three oh one, not only for sending people from an old page to a new one but for example, if you have a four oh, four somebody tells you to have four for you find one on your on your site. You can redirect people to a different place.
You can Also use it for example, of somebody can type in yoursite.com and your website shows up and they can also type www.yoursite.com and the same stuff shows up that could be viewed by Google as duplicate content. So you would want to redirect the yoursite.com to the www version.
You can also use it if you ran a contest and that contest is no longer live, meaning the contest ended and you want Want to send people who happen to find that page to something else. Maybe a new contest, your running or maybe just back to the home page, so right after you watch the video below from matt cutts.