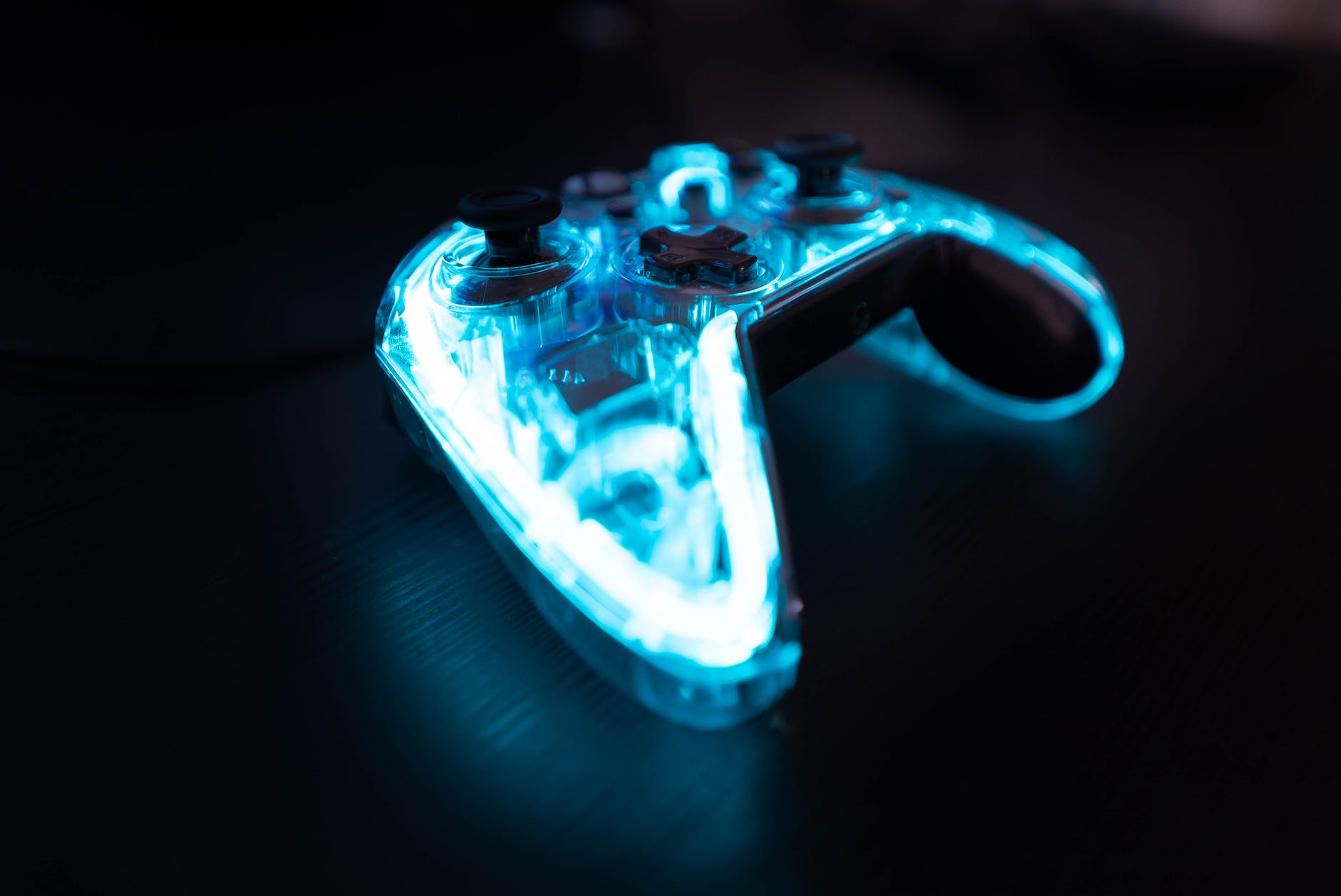 Questing in World of Warcraft (WoW) is one of the most popular aspects of the game and provides a great way to level up a character, gain rewards, and explore the world. In WoW, quests are tasks that a player must complete in order to advance their character’s story line or receive an in-game reward such as experience points, items or currency. The main objectives for questing are to increase a character’s level, obtain new equipment and weaponry, uncover new areas of the game world, meet important characters from lore and complete storylines.

There are two types of quests: quests that require players to defeat specific creatures or collect specific items; and those which involve completing objectives by talking with NPCs or visiting certain locations within the game.

Questing in World of Warcraft has been an integral part of the game since its launch. Now with the new in-game quest tracker, players can keep track of their progress and stay motivated to complete their quests.

The in-game quest tracker is a user-friendly tool that helps players easily monitor their progress on any given quest. Players are able to view all active quests, see which objectives they have completed or need to complete, and even mark important locations for future reference. The user interface is also easy to use, allowing players to quickly switch between different quests and find what they’re looking for without getting overwhelmed with too much information. With the addition of this useful feature, WoW players no longer have to worry about losing track of their progress or becoming discouraged from completing long and complicated quests.

Questing in WoW is one of the most popular and exciting activities for any World of Warcraft player. Questing allows players to explore the world, complete objectives, and gain experience points. Through questing, players can level up their characters and progress through the story in order to unlock new skills and regions. Quests are typically organized by a quest-giver who gives out rewards upon completion.

Questing can be done alone or with friends, which makes it an ideal activity for those looking to socialize while playing WoW. By joining together in parties, players can help each other complete objectives quickly and efficiently while gaining more rewards than they would have achieved on their own. Questing also offers opportunities for roleplaying as well as player versus player combat when taking part in PvP events such as Battlegrounds or Arena matches.

Questing in World of Warcraft is one of the most popular activities for players. Whether you are a new player seeking adventure or an experienced player looking to level up, questing can provide hours of entertainment and challenge. By completing quests, players progress through the game’s storyline and earn rewards such as experience points, gold, and items. Questing helps players learn about different areas in the game world while also providing an opportunity to explore its many secrets.

Players have a variety of ways to begin their questing journey in WoW. New players can utilize the in-game tutorial system for guidance on various topics including how to accept quests, where to find them, and what rewards they can obtain from completing them. Players with more experience may be able to complete more difficult tasks such as raids or dungeons which require multiple team members working together to achieve success.

With the introduction of the new pop-out map in World of Warcraft, players can now go questing with ease. The pop-out map feature allows players to quickly find their way to a quest objective or spot on the game’s expansive maps. This makes it easier than ever before for gamers to get out and explore the world of Azeroth without getting lost.

The pop-out map also includes an interactive mini-map that can be used for navigating around dungeons, caves, and other areas in WoW. Players can track their progress as they complete various objectives, making it easier to stay on top of their quests and progress through the game faster than ever before. In addition to tracking progress, this feature also provides more detailed guidance when it comes to finding specific locations or items within a zone or area.

For many gamers, World of Warcraft (WoW) is the ultimate questing destination. It features a wide variety of quests for players to complete and offers hours of entertainment. Questing in WoW is an important part of the game and can help players make progress and find loot items.

The rewards offered by quests are often significant enough that players will choose to prioritize certain types of quests over others in order to maximize their gains.

World of Warcraft players are looking for new challenges, and questing is one of the most sophisticated ways to take on the game’s enemies. Most players don’t realize that they can still complete quests even if they die during battle.

Questing in WoW allows players to build up their experience and character’s strength while gaining rewards along the way. It also provides a chance to explore Azeroth’s vast landscape. While death may be inevitable during intense battles, completing the quest doesn’t have to end in failure if you happen to perish on your journey. When a player dies, their ghost will remain at the site of their death until they choose to resurrect or abandon the quest altogether. If resurrected, all progress made prior to death will stay intact allowing for completion at a later time with no additional penalties or fees.

Questing in the popular MMORPG, World of Warcraft (WoW), can be done either solo or within a raid group. Those who choose to quest in a raid group often find that it impedes upon their ability to complete quests on their own. While some may view this as an inconvenience, there are several advantages associated with being part of a raid group while questing in WoW.

First and foremost, players who join up with others have access to a broader range of resources due to the sheer number of people present. For example, if someone needs help gathering items or fighting difficult bosses, they are far more likely to have success when working with a large group compared to soloing it. Additionally, by working together towards common goals, members of a raid group will increase their chances of completing quests faster than they would alone.

Questing in World of Warcraft has become a cornerstone of the game, allowing players to progress through the storyline while also gathering items and rewards. Completing quests is necessary for any player looking to make it through the game’s levels, as these tasks provide access to powerful items and abilities which allow them to defeat more difficult opponents. Once you have completed all your quest objectives and gathered all your rewards, there are still plenty of ways you can benefit from questing in WoW.

From obtaining mounts and pets for status symbols, to completing repeatable quests that can rack up gold quickly, or participating in daily or weekly events for extra experience points- there are countless opportunities available if you’ve already gotten all your quest items.

Questing in WoW is a huge part of the game, giving players the chance to explore new areas, complete challenging tasks, and earn rewards. But what makes this feature so interesting is that quest-givers sometimes have little dialogues while you’re out on your mission. These conversations can add character and depth to the world of Warcraft, making it more immersive for players.

Whether it’s offering advice or simply telling a joke, these short exchanges make questing even more enjoyable for those who take part in them. Sometimes these dialogues are even related to other quests you may have picked up in the same area. This adds extra flavor and makes players feel like they’re really learning about the world as they progress through their journey.

For players who have been playing this game for some time, you know how tedious and slow the text scrolling can be during a quest. However, modern technology has made it possible to disable this slow scrolling of text while still being able to continue with your quest.

Here’s how you can do it: First, open up the Settings tab in your WoW game. Next, select Interface Options and then scroll down until you find Advanced Combat Logging. Finally, uncheck the box beside Enable Scrolling Text which will immediately stop all text from slowly pouring out onto your screen. With this feature turned off, you will be able to go through your quests more efficiently without having to wait for the text to finish scrolling before moving on.

Questing in WoW is one of the most popular activities for players, and now Blizzard Entertainment has made it even easier to complete with new features. Players can now link quests into chat so they can easily share details of what they’re working on with their friends.

This feature makes it incredibly convenient for players to show each other which quests they have active and allow others to join in on the fun. Instead of having to manually type out the quest name, you can simply paste a link into chat that your friends can click on. It also gives an easy way for players to keep track of who is working on what and collaborate more effectively as a team. Not only does this make it simpler for people playing together, but also allows those who are soloing enjoy more efficient questing experiences as well.

Questing in WoW can be a daunting task, especially when it comes to relying on RNG. Random Number Generation (RNG) is the process of generating random numbers that are used in various gaming situations. In World of Warcraft, RNG affects nearly every aspect of gameplay–including questing. This article will discuss the ways in which players can be “skunked” by the RNG when completing quests in WoW and how to combat them.

One way players get skunked by the RNG is through mob spawns. Not all mobs spawn at the same frequency or rate, which means some areas may have an abundance of mobs while others may have none at all.