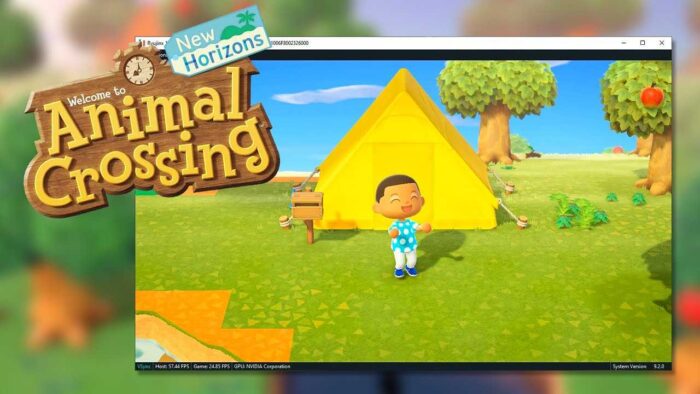 You’ve seen all the hype for Animal Crossing new horizons, you’ve never played Animal Crossing, you’re down with the hype, but you have no idea where you’re actually hype for. you see the Animal Crossing community complaining, it’s been seven years since the release, and yet all they freaked out about is how there are raindrops in the water. sit back, relax, grab some vacation juice, and let’s get into what the heck this game is.

Animal Crossing has been a staple IP for Nintendo since 2001 when it was released in Japan on the N64 as animal forest in English. after a couple of updates and enhancements, the game is released in North America in 2002 on the Gamecube. Animal Crossing is a real-time simulation game, you’re a human living in a town inhabited by animals, who have human-like traits, this game is completely open-ended. there are no required goals to complete, no real linear path to follow, in all games except New Horizons, you’re dropped off at an already developed town with no money no house.

In New Horizons, you’re dropped off at a deserted island. Tom Nook, the local tanuki, and entrepreneur, offers you a small house to live in, which starts your wonderful loan paying adventure. the loan starts small around 20,000 bells, which is the currency of Animal Crossing, the player can earn bells mainly by selling items to Nook, like fish, bugs, fossils, unwanted furniture items, unwanted clothing items, and fruit among other things. animal villagers that inhabit your town will sometimes pay you bells when you complete favors or give you gifts like furniture or clothing. the furniture items you do want, you can place in your house. there are thousands of ACNH items to decorate your house with. so naturally once you pay off your original loan, you want to expand your house from the tiny Shack that you started out with and continue to expand, each expansion increases in price, there’s no need to expand, nothing forces you to do so. it is truly open-ended.

Animal Crossing is set up so no two towns are alike, every square of land is randomly generated, every villager available from the beginning is decided from hundreds of different villagers available, and each river running through town has its own unique layout. this helps make each town truly unique and truly your own. you may see some people freaking out on Twitter that if they don’t get a certain fruit, they’ll reset the game until they get said fruit. this is valid, it’s crazy but valid. there are five different types of native fruit, and each town can only have one native fruit. the native fruit possibilities are apples, cherries, oranges, peaches, and pears. 90% of this game is completely creatively controlled by you except for a few things like the map, fruit, and villagers who you start out with.

Animal Crossing is played in real-time. If you are playing the game at 3 p.m. on January 3rd IRL, well good it’ll be 3 p.m. on January 3rd in-game as well. the seasons of the game also match up with IRL seasons, as to holidays and events. for example, Jack runs the Halloween at the end of October. Jingle messes around with Toy Day in December. fireworks are launched into the sky at midnight on New Year’s. time of day also matters for store hours, animal villager interactions, special character appearances, and fish and bug types. want to catch those expensive beetles during the day, too bad they only come out at night. it’s midnight and you want to sell all of those expensive beetles that you’ve waited all day to catch, too late, the store closed at 11:00 p.m. and you have to wait until morning. even the villagers have bedtimes.

when it comes down to it, collecting things is the major motivator of Animal Crossing, you explore, gather objects, complete your fish and bug encyclopedia by catching them all. fill up your museum, collect furniture and clothing items, and now a new addition to New Horizons, crafting. You can take a tour of the mysterious island with nook miles ticket to invite villagers to your island. And it’s common for animal villagers to give you a fetch quest, so and so as to make the game boy and get it back for me, find me a butterfly, give these clothes to this person on the complete opposite side of the map, and you just hope that said animal villager is not already in bed for the night. Interacting with the animal villagers is a large part of how you will spend your time, there are eight different personality types that each villager has, these are preset and mostly stable staying throughout the series. personalities define how the villager interacts with you and how quickly they become friendly towards you. The more friendly they are, the more willing they are to gift you items, buy your inventory, or sell you items for a reasonable or super cheap price. If you hate a villager, you can just bat them with the net, push them into a pitfall, and hope they move away. you may hear about special characters, and how the community freaks out when certain special characters appear or don’t appear, some of these characters are permanent NPCs in your town, they’re probably the faces you recognize like Nook, Isabel, tiny nooks, DJ dog, and spiky sonic. these characters run the stores and special events, they show up in everyone’s town on the same day except for certain random appearances and events.

It is a nice change-up to the daily routine that you find yourself falling into, once you get used to the game and the tasks, and yes, Animal Crossing does tend to have a daily routine, but not one that is required. your routine will be unique to you and how you like to play. every town is a couple of daily events, situations that restart at 6:00 a.m. when the game recognized this morning, and this is the start of a new day, each morning your town will spawn three buried fossils provided. a money rock also spawns each day, your town will have rocks all over the place, but one of these rocks will have Animal Crossing bells pop out when you hit it with your shovel, get ready to mash that A button on every rock in your town. the glowing spot is also something that reappears in this series, if you dig this up, you’ll get a thousand bells. and you are able to plant certain items into the ground and receive a nice surprise. smaller routine tasks include checking out the shops, shops inventory replenish and change every day, so there’s always something new to check out. you also need to water your flowers every day unless it’s raining or they’ll wilt and disappear. weeds appear in your town daily as well and unless you want an entire town full of weeds, then you’ll need to pick them. then you move on to the activities that make you bells, like fishing, bug catching, and villager requests. on top of these daily occurrences, New Horizons has added daily and long-term goals to the game. this will be a nice change-up to the daily routine and give you specific goals to work towards, but again none of this is required. play or don’t play, it’s to your heart’s content.

Animal Crossing is a game that is made to be relaxing and to eat up your time, if you’re someone who enjoys the quick fast-paced killing games, Animal Crossing is probably not for you, and that’s fine. Animal Crossing definitely isn’t a game for everyone, there is no end to this game. it is the small victories that matter, when you catch that one fish you’ve been looking for, you found that awesome furniture item in the store that day, the hybrid flower you are trying to breed finally grew. it’s a game that pushes your creative limits, rather than the quick responses and energy. So that’s all for all the tips that’s can help you to start the game, hope you can have a great time playing it!