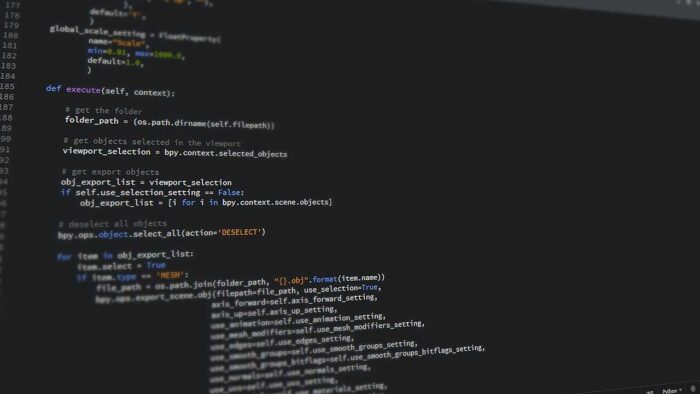 The market is flooding with several languages and data tools that can analyze the raw data. In today’s world, the data generated by companies are increasing exponentially. Because of this, the demand for BigData analysis is overgrowing. Companies are looking for goal-oriented and project-specific solutions. And most of them choose to hire python development company.

Python is one of the best programming languages today, which fulfills all the requirements. It also offers various other benefits.

Python is a general-purpose programming language that provides people with a vast number of libraries. Python can generally be used to make desktop applications, web applications, websites, and mobile applications. Most people prefer Python because it is open-source.

In the Big Data industry, most people prefer Python because of time, efficiency, and better involvement. Features like dynamic typing and dynamic binding also make it a user-friendly language. When compared to other programming languages like Ruby and Java, Python is simpler. Therefore Python is preferred by people who are interested in the analysis of the Big Data Industry.

What are the Benefits of Using Python for BigData?

There are a lot of benefits that Python can provide to the BigData. So here are some of them:

1. Library Support: In every Industry, Python is widely used because of its multiple library support. Big Data involves numerous data analysis and scientific computing. Programming languages like Python can only fulfill this requirement with its library support. Python comes with packages like Numerical computing package, Data Analysis package, Machine learning package, and Visualization package. These packages are well-tested, and it eases the programming process.

2. Easy Code: One of Python’s main reasons for being the most popular language is more specific codes. When compared to other languages, Python has simpler syntax, and people find it easy to learn. It has excellent readability since it identifies the data types automatically. Compared to programming languages like Java, where a program can be around 200 lines of code, the same function can be achieved with 20-40 code lines with proper readability at Python. That makes Python easier to use and edit and makes it a perfect solution for Big Data.

3. Processing Speed: While writing a programming language and executing the code, it is imperative to use a programming language with a great processing speed. To meet this requirement, a developer should go for Python since it comes with ultra speed data processing characteristics. The code can get executed in a fraction of a second. This is possible because the prototyping idea gets enabled while writing the code. In a multi-user development environment, Python provides transparency between the code and its execution.

Moreover, Python comes with unlimited data processing. It will allow the developer to process a large volume of data through its packages. Pandas, NumPy, Tensor Flow, are some of the Python packages that developers can use for their maximum speed.

4. Compatibility with Hadoop: Python’s compatibility with Hadoop creates capability between Hadoop and BigData. The Python PyDoop package provides HDFS API. This allows writing Hadoop MapReduce programs and applications. In simpler words, it will enable solving complex problems with minimum effort. The developer can implement the concepts like ‘Counters’ and ‘Record Readers,’ which makes Python an ideal programming language for BigData.

5. Effortless Learning: With simpler code and fast execution, Python becomes one of the most outspoken programming languages which people can learn within several days. A beginner or a non-programmer can also learn it without much effort because of the simple syntax.

People facing issues can always take help from the Python developers’ community. Here the development community and data experts are always ready to help people to solve their problems. People having live issues can get solutions from the Python development community. Most importantly, a person needs to have a strong understanding of logic to do a Python program.

6. Flexibility: Not many programming languages provide as much flexibility to the developers as Python does. Compared to languages like Java and Ruby, Python developers find it easy to handle a large volume of data. Python can increase the speed of processing the data. You can also download MySQL as a backup database.

7. Open Source: Python is an open-source programming language developed by a community. The developers can always be in touch with each other. Platforms like Windows, Linux, and others support Python. That’s why Python is preferred for BigData.

9. AI and ML: Python is a scripting language. Its simplicity allowed the developers to create algorithms to handle AI and ML tasks. These both are a top priority for addressing BigData issues.

As you see, Python has a lot of benefits. Businesses choose Python to address their Big Data problems. Unfortunately, raw data is hard to analyze and filter out, but this programming language quickly does that.