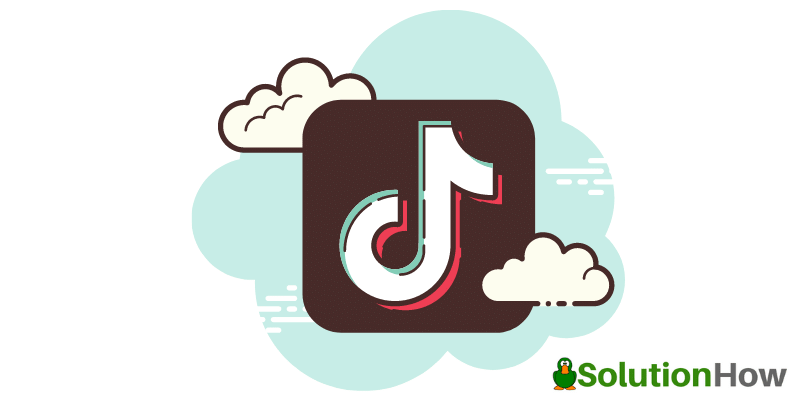 TikTok is more than a social network. This is a way of life, freedom of self-expression, a platform for creativity, an opportunity to get rich and gain notorious popularity. TikTok became the most popular app in the world earlier this year, overtaking WhatsApp, Facebook, Instagram and YouTube. In two years, the platform has gained about 1.82 billion users in the face of earthlings. Just think, this is 23% of the total population of the planet!

At the beginning of this year alone, the app was installed by 46% more people than in the past. Just an unprecedented success for the social network. In Russia, the followers of the trend service have already accumulated 18 million in January 2020. Of these, almost half (43%) are children and adolescents, the remaining 57% were divided among themselves by users aged 18 to 34 years. The social network is actively used by famous artists, actors, bloggers, it includes brands and large companies. Of course, it is much easier for an accomplished artist to recruit his audience, but beginners are lucky too. However, this is a completely different story.

On average, a more or less active user logs into TikTok 7 times a day, staying there for a total of 45 minutes.

The creators of TikTok note: “Our mission is to inspire users to be creative and to bring joy.” And this is an extremely simple and understandable message. It’s no wonder that he resonates with so many people. Now let’s take a closer look at why TikTok is mercilessly conquering the network, luring an increasing audience around the world.

The video format in TikTok is, at most, a one-minute video on absolutely any topic (except for those prohibited in the Russian Federation). The user can both grimace at the camera and broadcast about something significant. Artists, psychologists, coaches, models, culinary specialists, businessmen, comedians find themselves on the platform, in general, representatives of almost all professions, trends and views. At the same time, the content itself does not have to be created from scratch. The application offers music or humorous sketches, masks, many effects, in the end, a bunch of challenges, repeating which you can already gain some audience. The better and cooler the video, the more chances you have to get “into the rivers” (translated from tiktokrush.com – in the recommendations).

A bit of psychology

The perception of information has changed significantly in recent years. The main users of the social network are teenagers, generation Z, people born in the digital world. Long forms are gradually replaced by short ones, hence the clip thinking, the ability to quickly capture a large amount of information.

Ekaterina Olshanskaya, Ph.D. in Psychology, Associate Professor of the Department of Pedagogy and Psychology, MGIK:

“When a person visits TikTok often, you need to understand his main motivation. However, you can buy TikTok likes for more engagement. This can be social approval (likes, comments), emotional relief, or a desire to learn something new. Social networks are a product of our time. And if they did not satisfy the deepest needs of a person (approval: I am, I am good, I love), they would not have appeared. Everyone finds in social networks what is interesting to him. Social networks are fast, bright, short. Information is remembered faster and better. In two weeks, the brain is able to recall 50% of audiovisual information and only 10% of text information. Society imposes tendencies “to be aware”, “to be in trend”, “to be relevant”. Hence the need to look a lot, quickly find the necessary information in a short period of time. But this does not mean at all that the big forms of cinema will disappear. Still, for deep reflection it is necessary to watch something more significant than videos on social networks. ”

Now for some marketing

Video content has recently become much more popular than photo or even text. Video content is the number one way to quickly and clearly not only convey your idea, but also sell it.

“For the user, TikTok is a territory of absolute freedom of expression, simple content solutions and maximum fun. When they log into TikTok, people say, “Wow, what can you do?” and very quickly from content consumers to producers. Video content, on the one hand, is a very rich format: in a 15-second video there can be a whole story with a plot, a plot development, a climax, a denouement, or an idea with proof that you need it, or a whole set of emotions that the viewer will live with the author. On the other hand, it perfectly retains the user. Thus, the video provides maximum engagement and retention, which is exactly what brands need now and in the future. Video marketing is an integral and important part of brand marketing. It does not replace, but complements and enhances the promotion. ”

Movies and social networks. What is common?

Let’s get around the topic of how exactly to become popular on TikTok (there are already a lot of materials about this), and go directly to the connection between the platform and the cinema. How TikTok can affect cinematography, if at all.

To begin with, consider the already existing options for the diffusion of social networks and cinema. Take at least the film “Text” by Klim Shipenko, the main character of which gets access to another person’s phone and begins to live his life online. He maintains correspondence on his behalf, manages affairs, studies photos and videos. Not entirely obvious, but still a confusion of two worlds: social networks and offline existence. Through the phone screen, we watch home videos taken some time ago, we read the correspondence and understand with whom and how the hero communicated. We learn about his life through a smartphone. And this is far from the limit.

Screenlife as a movie of the future

Timur Bekmambetov, who always liked to take risks and try new things, once again followed his rules and combined digital and cinema. He has already produced several screen-life films. Horror “Remove from Friends” in 2015, the Russian comedy “Dnyukha” in 2018, and the thrillers “Search” and “Profile” of the same year. All films are recordings of computer screens and mobile phones. The viewer learns about the life of the heroes from notes, photographs, correspondence on social networks. Events are developing online. However, like most of our life. This movie is not even about the future. This movie has become a reflection of the present.

Screenlife – projects are financially profitable: for example, Poisk raised $ 75 million, and Remove from Friends almost $ 63. Russian Day is not the most successful job, but it also managed to raise a little over a million dollars.

In the last months alone, the number of screenlife has grown significantly. The reason for this is the pandemic. And if now this is a necessary measure for filmmakers, then exactly tomorrow it may become mainstream. Being in trend, the Bazelevs company, headed by Timur Bekmambetov, even launched the Quarantine History competition during the quarantine period. This is a project for people, professionals or beginners, who presented their ideas for the quarantine almanac. The main condition is that the action should unfold on the screens of gadgets in self-isolation.

The first scenario-winner of the competition was the work of Maria Elatomtseva. Its script was implemented by the director Aksinya Gog, who shot the film “Remote” completely remotely:

“What happens to the hero on the screen (desktop, correspondence, photographs) reveals what is happening in his life. Screenlife is good precisely as a tool for recognizing a hero. We filmed “Remote” remotely. The lack of physical, energetic contact, of course, complicated the work. All the time it was necessary to break through the screen, as it were, in order to convey your thought to others. As a rule, the screenlife is not filmed remotely: the light is exposed, the director is sitting next to it, the whole process is similar to ordinary shooting. It was we who were driven into quarantine circumstances. In general, the screenlife format is developing independently of the pandemic, along its own path. ”

Vertical cinema? Was it possible?

Timur Bekmambetov does not stop. Experiments are his middle name. The director is shooting the film “V-2. Escape from Hell ”in vertical format. For rental, the format will remain the same, but for viewing on smartphones it will be a vertical movie. This has never happened in the world. And this is nothing more than the influence of social media on cinematography as well. Right now the first vertical video competition in Russia “Vertical” is being held. Anyone who has a synopsis of an eight-episode series or a pilot version of it can become a participant. Vertical web series are gradually being introduced into everyday life. Already more than 75% of Internet users prefer to watch vertical videos, being lazy to flip the screen.

The directors shoot about social networks for social networks, and even based on the recordings of the screens of social networks. If digital adapts so easily to cinematography, where are the guarantees that the movie won’t start showing on TikTok tomorrow? In the format of minute clips. TikTok definitely, like many other platforms, will not stand aside. It is simple, concise and understandable to a young audience. This means that it has a chance to become an inspiration for directors.

“The new formats do not destroy the old ones; they may only modify them. Remember when 3D appeared some time ago? Everyone started talking, they say, now everything will be in this format. And where is he now? And the TV series “In short”, where the episodes last for 2 minutes, did not supplant the large forms? Cinema cannot die because people need it. Movies have different, more complex laws than TikTok or other social networks. I am fully aware that in the future we are definitely waiting for the development of technologies, moreover, I really like modern experiments: screen life, vertical format, but only time will tell what will take root from this and what will not. Such a natural film selection. ”

Until recently, we argued whether cinema would overshadow the theater, and today we are wondering whether cinema will survive in the face of competition with social networks and short form. As long as books, newspapers, theaters are alive, full-length films will also live? And if the restructuring takes place, it will be organic, painless and timely.