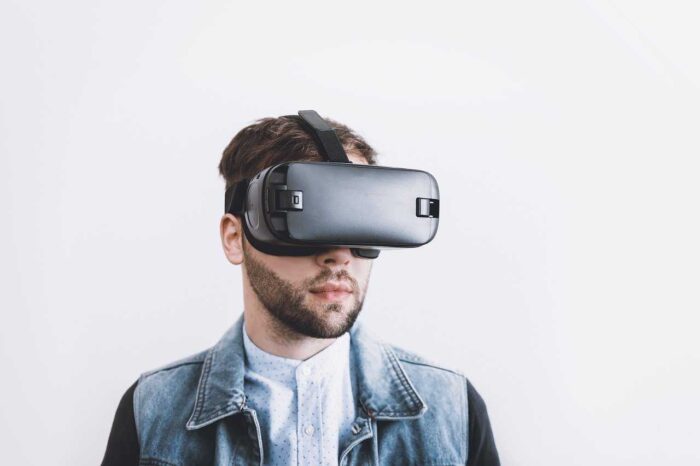 Our white Land Rover comes to a stop a few metres in front of the checkpoint, and a man approaches the window. He asks us what we are doing in the area, and we inform him that we’ve just had a meeting with the mayor of the town. To this he responds: “The mayor is a war criminal. You have to talk to Tony.” As we drive slowly away, we can hear him mutter: “There is no need for the UN here, we provide security.”

The lights come on in the training room, and the action on the screen is paused. “How do you think that went?” our instructor asks.

Military applications have long been at the vanguard of virtual reality (VR) technology, though the civilian commercial market is quickly catching up. While the prospect of fighting the enemy on a destroyer at sea or in a megacity skyscraper has consistently excited militaries and gamers alike, the use of VR to train soldiers in softer skills has flown under the radar.

But its importance shouldn’t be understated. These proficiencies are in serious demand today, as international military forces play an increasingly prominent role in crisis response and peace support operations the world over.

Whether deployed under the aegis of the UN, NATO, the EU or some other organisation, these forces are now routinely placed under civilian leadership in the field. They also have to be adept at interacting with their international civilian counterparts, as well as local populations in conflict zones.

Faced with the imperative to adapt to this new reality, the Swedish Armed Forces have taken a particularly innovative approach.

The “mixed reality” session I attended began in SWEDINT’s VR exercise room, where trainees embarked on a joint assessment mission in a fictional conflict zone. As part of the exercise, the UN vehicle travelled to the headquarters of a local NGO named HELP.

After the team encountered the representative for the NGO virtually, they were guided to a separate training room where a live actor awaited them. As someone who researches humanitarian-military relations in international missions (which I’ve discussed here and here), I was especially curious to see how the trainees engage with this local NGO.

In the simulated meeting, a UN civilian was put in charge of speaking for the mission. He joked to the NGO representative while pointing to his military colleagues: “I am with the civilian UN, so we can work together … but I know you are allergic to the uniforms beside me.” The NGO representative replied that she must indeed keep her independence, and that in her view the entire UN is actually “a military of sorts”. To reassure her, the UN civilian told her that next time, he would come to the meeting without the military and police.

This attracted the ire of one of his Finnish colleagues, who interjected: “Don’t apologise for the military, we are part of the team!” A Swedish soldier added: “If we continue to put up the boundaries between us, we are never going to function together.”

Similarly, the virtual checkpoint encounter exposed how different people can experience the same situation very differently. After the UN vehicle had driven away, the instructor asked us how many armed men were at the checkpoint.

As a civilian, I realised I hadn’t even tried to count the men – and it seemed none of my civilian counterparts had either. The military participants, though, made fairly accurate guesses; a policeman got it right, with seven.

As these two brief vignettes attest, these sorts of exercises might not resolve tensions or dispel stereotypes so much as bring them to light. Given the seriousness of the situations in which civilians and military forces find themselves, this is a vital priority.

As one of the course leaders explained to me, VR training is at its best when it holds up a mirror. It reveals to different actors how they are perceived, and alerts them to discrepancies between the way they see themselves and the impressions they make on others. This an opportunity to navigate, if not transcend, fraught territory together.