Ever since Wondershare Technologies released two powerful variants of PDFelement for Windows, Mac, iOS, and Android, there has been a long-standing debate about whether PDFelement or the market leader Adobe Acrobat is the best/better PDF editor. We’ll attempt to arrive at a reasonable conclusion based on various aspects measured across both products. We hope this will give you an objective view of the most suitable PDF editor for your specific needs.

The first attribute that a user sees in a software application is obviously its UI or user interface, so it’s a natural starting point. 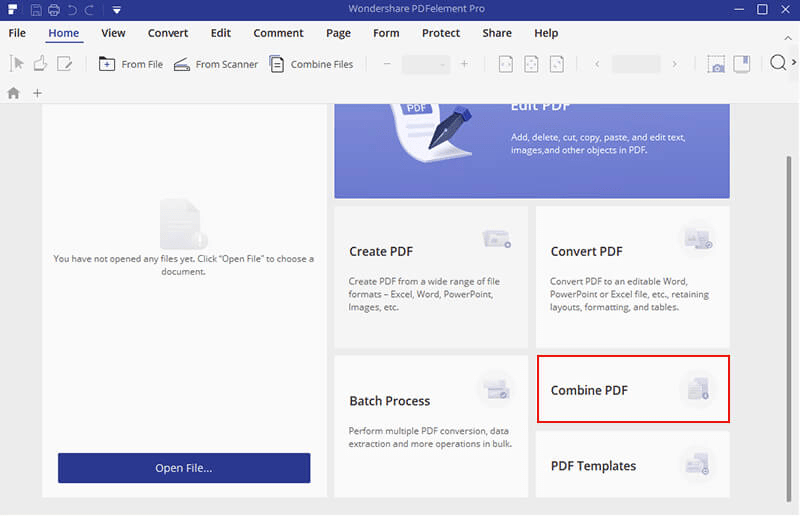 The UI of PDFelement is designed explicitly for usability and easy navigation. The menu options for key functions are clearly laid out and contain within them all the necessary tools for that particular set of PDF tasks. You won’t need to hunt around for any specific feature because of the clear labeling and standardized iconography used for each function and tool. There are also contextual tools that appear when the user chooses a specific task, such as text attributes when text is selected and image options when an image is chosen. This results in an uncluttered interface and convenient navigation. 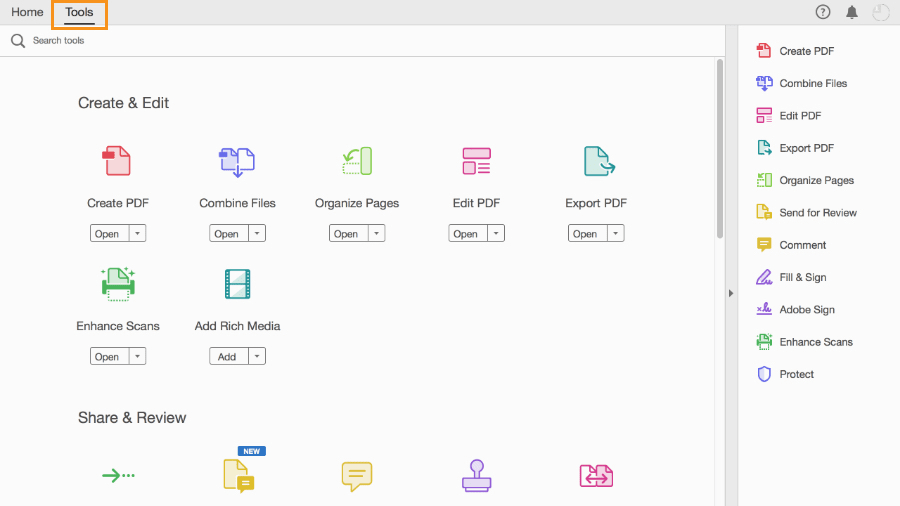 This is one of the weak points of Adobe Acrobat because the software has evolved over the years, adding more and more functionality with each iteration. As a result, Adobe has simply bundled everything under the Tools menu. Although the icons and labeling are clear, the functions are just too many in number to make it simple. Many users have complained about a feature being buried deep within another section and therefore hard to get to unless you’re familiar with it. The end effect is a steep learning curve.

From a feature-richness perspective, Adobe Acrobat wins hands down, but PDFelement gives it a solid run for its money.

The software offers all the basic and advanced tools required by various levels of users. All commonly executed PDF tasks are available, including creating, editing, converting, annotating, protecting, form-filling, page management, OCR, batch processes, redaction, and so on. You’re not likely to miss many features except for things like document comparison. Older versions of PDFelement also don’t have robust cloud integration other than iCloud and Dropbox, but the newly released PDFelement 8 for Windows comes with 100GB of cloud storage and compatibility with a much wider range of cloud service options.

Acrobat has the most comprehensive feature-list of all PDF editors and leaves no stone unturned for both beginners and professional PDF users. You’re very likely to find obscure tools not found in any other PDF software, such as the ability to open files protected with Azure Information Protection and other protocols found on Office 365. The 2020 versions of Adobe Acrobat bring some other new capabilities as well, such as color customization in the Fill & Sign tool for forms and better accessibility features for people with disabilities.

In terms of speed, Acrobat is a much bulkier software than PDFelement, making it a little slower on older devices. Moreover, PDFelement 8 now launches 300% faster and the average PDF document open time has been reduced from 1.5 seconds to 0.5 seconds. When you consider speed as related to task performance, however, Acrobat takes the prize, especially on newer hardware. For example, file conversions and batch processes are significantly faster on a new computer with the latest hardware, and very large files are handled better as well.

Both applications are available for Windows, Mac, iOS, and Android. The mobile functionality in Acrobat, however, is limited to PDF annotations, PDF reading, and other basic tasks, while PDFelement Pro for iOS, which was launched recently, gives users full access to editing, annotations, file management, and even advanced features like OCR. Another distinction here is the premium features in the Acrobat mobile version have to be unlocked with a full subscription to the service, whereas PDFelement Pro for iOS is offered under a standalone licensing fee.

This is where the two applications diverge. PDFelement is intended as an affordable alternative to Adobe Acrobat and is priced accordingly. The pricing structure is also much simpler, with offers for monthly, annual, and perpetual licensing. The Standard version can be purchased under a one-time license fee for $79, while the Pro version costs $129 under the same license. Monthly and annual licensing options are also available, with the monthly cost being $3.99 and $4.99, respectively.

The monthly fee for the Pro version is $14.99 and for the Standard version is $12.99 a month, both under an annual contract. If you choose to pay monthly, it works out to a little more. The perpetual licensing option is $450 for the Pro version and $300 for the Standard version. You can see why PDFelement looks far more attractive to certain users looking for a robust solution in a lower price range.

The verdict is not as straightforward as you might expect. If comprehensive features, deep cloud integration, and compatibility with other Adobe tools are your priorities, then Adobe Acrobat is a better software application; on the other hand, if affordability, full features, ease-of-use, and speed rank high on your list, the obvious choice would be PDFelement.

Additionally, PDFelement is also more suitable if your hardware is older and not suitable for heavy applications. Finally, if you’re a beginner, PDFelement might look like the better option because of the nearly negligible learning curve. But if you’re looking for comprehensive PDF features to handle simple and complex workflow tasks at the best possible price, the natural choice would be PDFelement. It up to you to decide what the best fit might be for your particular set of needs.