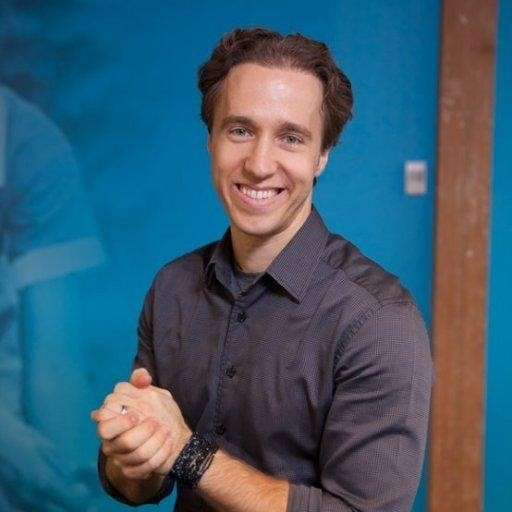 Craig Kielburger is known throughout the world as a philanthropist and humanitarian. He, along with his brother has helped millions of young children around the world. The brothers have helped them achieve a foothold in a society where there is pressure on them to labor for a square meal at the end of the day.

A Canadian by birth and at heart, he was moved by the plight of children living in abysmal conditions while being subjected to torture across developing countries. The recipient of numerous awards to date, Craig Kielburger is also a columnist who strives to make a difference to society and the world at large. He is noted for several enlightening ideas and activities but you would be pleased to learn about some of his key achievements, which we will be covering in more detail below.

Craig was born to Fred and Theresa Kielburger in Ontario on the 17th of December 1982. He had an inquisitive nature and the pain of young children often moved him to tears. Attending a strict Catholic school fine-tuned his compassion and filled him with a need to do something for the people around him.

He was a normal child reading a comic strip when he began to flip through the pages of the morning newspaper on the table. The tale of Iqbal Masih, a young Pakistani boy touched his heart, converting him into a compassionate and determined philanthropist at that moment. The only similarity between the Pakistani boy and himself was the age.

However, life was completely different for the 12 -year-olds, with Craig being able to pursue education while Iqbal Masih was forced to labor in the carpet industry until he was killed simply because he asked for his dues.

Craig Kielburger began as a social activist when he convinced some of his school friends to join him in the uphill task of gaining equality for the downtrodden and abused children around the world. Thus, began the “We Charity” that had the entire world talking about the endeavors of a young child not yet out of school! He did not give up on his education, however.

Craig learned more about the injustice and inequality faced by numerous children around the globe as he pursued a degree in Peace and Conflict Studies from the acclaimed Trinity College at the University of Toronto. He went ahead and completed a dual program from York and Northwestern University earning an MBA degree thereby becoming the youngest person to have successfully passed the Kellogg-Schulich Executive program in 2009.

Craig Kielburger began walking down the perilous path to free young children all across the world after being shocked by the plight of young Iqbal Masih who had been brutally executed. He was assassinated because of his endeavor to free other children from being forced to labor as slaves.

The Kielburger brothers created a group of young activists by convincing other fellow students that resulted in the creation of “Free The Children” that was determined to attract the attention of the world by pointing out the plight of children who were subjected to torture and inhumane acts of cruelty by people who made their profits by abusing young children who are helpless to fight back. Multiple accounts of the incident began floating around soon afterward with many causes attributed to the gruesome killing.

However, this did not stop Kielburger from pursuing his interests to bring justice to all, especially children used in forced labor. Both Marc and Craig Kielburger felt that it was the responsibility of the youth to help improve current conditions. The brothers made an effort to collect 3000 signatures to make communities aware of the reality on the ground. A speech in the same vein succeeded in impressing the Ontario Federation of Labor thus resulting in $150,000 to free the helpless children.

Craig Kielburger set out on a journey to different countries across the globe with the assistance of Alam Rahman, a University student. A 7-day trip covering South Asian countries and Thailand brought him eye to eye with the facts on the ground. He met with several child laborers as well as multiple Human Rights organizations. Craig Kielburger revealed the stark truth in his book Free The Children by writer Kevin Major.

Kielburger captivated the entire world forcing them to look at the plight of child laborers and do something to solve the problem. An extensive interview with Oprah on 60 minutes brought more acclaim along with criticism. However, Kielburger was able to win a lawsuit that accused his family of using the collected funds for personal achievements.

It made the Kielburgers sad to find many of the children return to their former state as they could not live without the basic necessities and had no means of affording food and shelter, let alone education.

With financial troubles plaguing the operational endeavors of Free the Children, Kielburger decided that this was the time to make reforms. He also tried to garner funds with the intention of sending as many children to developed countries as possible. The Me to We Movement was born thereafter.

As accolades began to pour in for Craig and Marc Kielburger including a nomination for receiving the Nobel Peace Prize, the brothers published “Me to We: Finding Meaning in a Material World” to guide the world and educate them about the need for aiding children who have been forced to labor in the absence of any support.

With contributions from reputable people such as Oprah Winfrey, Dr. Jane Goodall, and Archbishop Desmond Tutu, the book highlighted the need for achieving happiness by providing a service to the people who need it despite being limited in monetary resources. It stressed the spirituality of Kielburgers and asserted a need to give as much as we receive.

As seen through all of the material above, Craig Kielburger has had quite the impact on the world today, while also helping to make it a better place for those in need of help and support.

Having read through this resource and reference guide, you should now have a much better understanding of who Craig Kielburger is, and why he continues to push forward day after day to spread awareness on his organizations and charitable efforts.

To learn more, be sure to read up on this Craig Kielburger story as well.