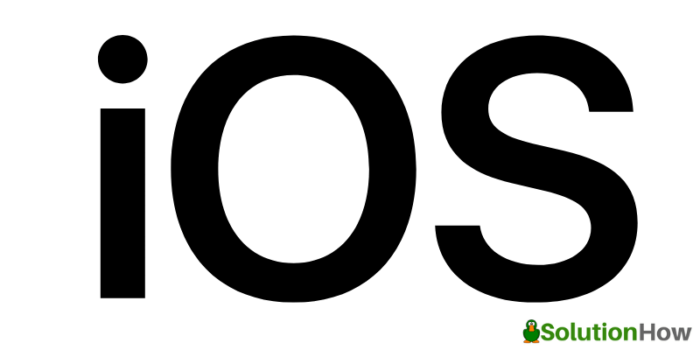 The iOS app store offers a fantastic range of apps and games, a couple of million to be fair, and it is a popular app store. There’s a great choice of games, utility apps, and all sorts of other apps – if you can think of something, it’s there. While there is also a huge choice of free apps, some require you to pay for them, and most offer in-app purchases.

But it’s not all about the end-user. The developers face their own struggles with the official app store. Apple’s rules are strict and, often, it can take a developer several attempts to get their game accepted and they must a fee, $99 per year, to Apple for the privilege. Geo-restriction is another huge problem they face; not all apps and games are available in all areas and that means developers are missing on a huge chunk of potential income.

There is always good news and, in this case, it comes in the form of 3rd party app stores for iOS. No longer are iOS users or iOS developers limited to using the official store; there are lots of alternatives that offer great features, great content, and a completely different app store experience.

Soon, we’ll talk about just ten alternative stores but, before we get there, let’s talk about why you would want to turn elsewhere.

Why Would You Use an Alternative App Store?

Simply because you can get what you can’t get from the official store. As far as the end-user goes, some alternative stores offer a great range of unofficial content for free, tweaked, and modified apps and games that you cannot get from official sources. You can also get apps that would otherwise be geo-restricted, some stores offer premium apps for free, and a whole lot more.

For the developers, these are an alternative platform, a way of broadening their audience, and another way of generating revenue. App submissions tend to be much cheaper in these stores, sometimes completely free and the app promotion is far superior.

Apple is finding that, far from being the only app store to offer iOS apps, they now have some serious competition so read on to find out what that competition is.

The Advantages of Using an Alternative Store

Let’s look at some of these alternative stores giving Apple a run for its money.

A high proportion of iOS users have never even thought about alternative stores; indeed, many don’t even know they exist, believing that the iOS app store is the only place to get apps and games. Well, the following ten stores offer you that alternative experience for uploading, downloading, and promoting apps for both developers and end-users, so, in no order, here they are.

Starting off with a completely free app store, AppValley is an incredibly popular alternative. Originally, it was released to help out people that couldn’t access Cydia via a jailbreak any more but it has since gotten so popular that lots of non-jailbreakers are starting to use it for their apps and games. AppValley offers a huge choice of tweaked stock apps, unlocked games, emulators, streaming apps, and many more modified apps and games for free. They make it easy for developers to upload their apps and put themselves in front of a wider audience. From this appstore you can download torrent downloaders like Itransmission.

Opera Mobile is one of the cross-platform stores that offer plenty of choice for iOS users. Launched in 2011, Opera Mobile offers both free and paid apps, giving developers a bigger audience and more potential income and end-users an alternative place to download their favorite apps and games. The store is supported on 7500 devices and is visited by over 100,000 users monthly.

iOSEMUS is another third-party app store, similar to AppValley, that offers unofficial content for free.  While there is a good range of modified apps and unlocked games to download, including Pokémon Go and Minecraft PE, all free, the focus here is on game emulators. These turn your iPhone or iPad into a game console so you can play Nintendo, PS1, PSP, and many more games on your device. For developers, its yet another platform to showcase their skills with an easy submission process.

AppZoom is nearly ten years old and, over the years, has proven a popular way of testing apps. The store developers are always tweaking the store, improving the end-user experience, and bringing more content all the time. Every app submitted to the store is tested for viruses and exploits; if any are found, the app doesn’t get admitted, meaning users can download apps and games, secure in the knowledge they are safe. Every app is accompanied by genuine user reviews, there are over 25,000 developers waiting to help developers and end-users alike and its popularity is evident, with more than 4 million active users every month.

Llja Laurs released an independent app store in 2004 as a way of giving developers a platform to test their beta apps.  Now it has investment backing from Tiger Global Management and Accel Partners and more than a million apps on offer. There’s a great choice of content including plenty of modified and tweaked apps and games, many of them completely free and all categorized for easy use.

TutuApp is another unofficial app store, originally launched as an alternative to Cydia. Now any iOS user can install it on their iPhone or iPad, and take full advantage of thousands of unofficial apps and games. There are plenty of modified apps, unlocked games, and loads more content besides. Developers can easily submit their apps for approval and, once they go through the virus scan, they are quickly uploaded. Users also have the choice of a free or VIP version of the store, the latter offering an ad-free, much faster experience with more content.

Appland, first and foremost, offers developers a much wider audience, giving them the chance to push their apps to countries where they may have been excluded before, because of geo-restrictions. Those countries include Mexica, Iran, Bangladesh, Iraq, the USA, and many more. Its also a platform that lets developers start their own app stores and subscription clubs; however, the revenue and distribution model is still a little clunky compared to others. That is being upgraded and customer support is second to none.

Another cross-platform store, NexVa offers mobile users a good range of games and apps to download, and each one provides lots of information. You can see app ratings, a description, and all the platforms supported by the app or game. As far as the developer is concerned, there are plenty of white label products, and the platform is aimed at using advertising and CPI to drive traffic.

Panda Helper is in the top three of unofficial app stores. All the content is completely free, including modified stock apps, tweaked apps, unlocked games, and lots of emulators, screen recorders, streaming apps, and much more. For those who want to ditch the ads, have a bigger choice of content, and much faster downloads, there is a VIP version of the app on offer too.

Our final offering is another unofficial app store, but this one doesn’t need to be installed on your iPhone or iPad. Instead, it is a web-based store, offering more than a thousand apps and games. Open it on your device and you can download the games straight to your iPhone or iPad. Regular updates add more content and it is a very safe store to use, with the additional benefit of not hogging resources on your device.

There you go, just ten of the best alternatives to the official iOS app stores available today. There are hundreds more of these stores, some offering only free content while others offer paid and free. All of them offer both end-users and developers alternatives ways of uploading and downloading apps, especially content that you can’t get anywhere else.

Regardless of whether you just want to download apps or are a developer looking for new ways to boost your audience and income potential, these ten stores are worth looking at. Do share this with your friends so they can experience the advantages of using alternatives to the Apple Store.