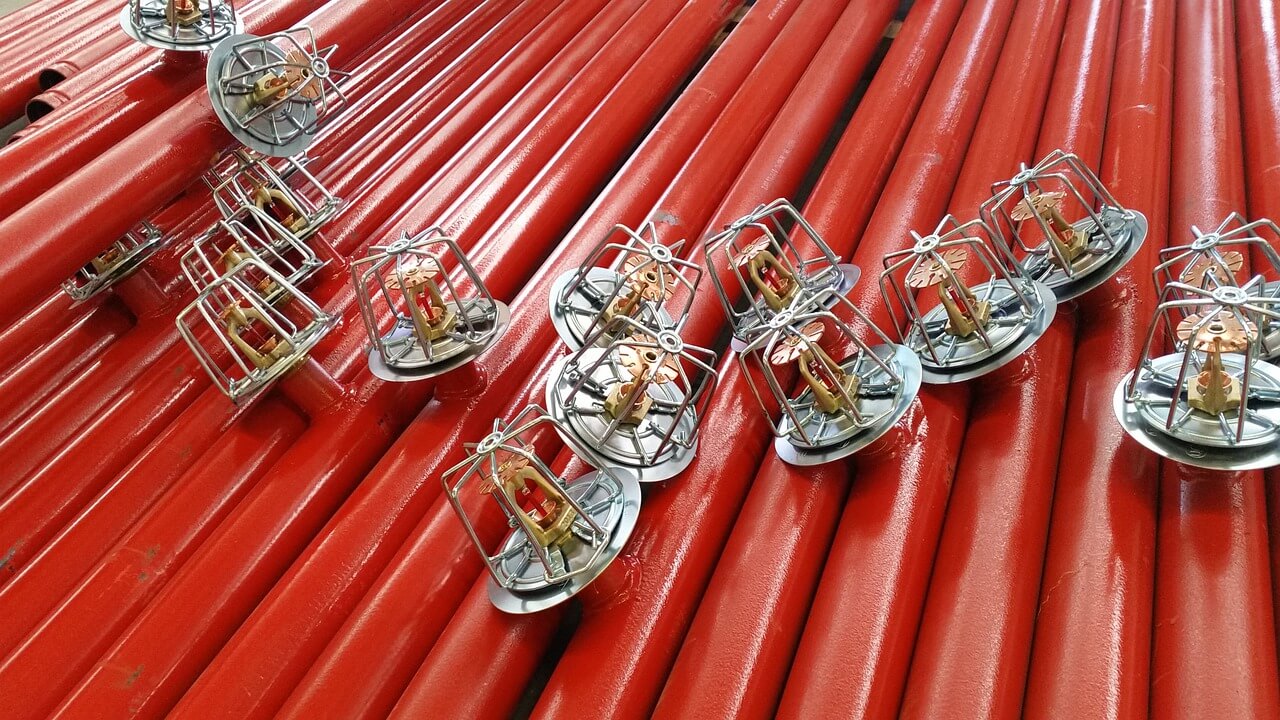 Fire sprinkler systems are effective in over 90% of cases, so they’re popular in buildings worldwide. I’m sure you’ll be hoping you’re one of the lucky ones if you ever find yourself trapped inside a skyscraper.

Let’s look at some of the main reasons sprinkler systems fail, which will make your chances of survival even greater. It’s best to escape as soon as possible if you find yourself trapped in a fire one day.

Some buildings won’t have working fire suppression systems because they’re switched off, which happens if they’re abandoned. I doubt you’ll be walking around in an empty skyscraper, so it’s unlikely you’ll be hurt.

It’s sometimes essential to switch off the water supply to buildings, and happens regularly when construction work is being carried out. You should know the sprinklers won’t turn on before you walk inside.

It’s not uncommon for someone to switch the fire system off accidentally. It happens around 17% of the time when sprinklers fail to operate. Firefighters can switch off sprinklers even though they’re trying to help.

Someone could switch off the sprinklers because they don’t realize they haven’t gone off yet. It will get bad inside a fire fast unless someone notices. There isn’t anything you can do to stop someone from messing up.

Sprinkler systems must be maintained, or you can’t expect them to work during a fire. It should be checked yearly at the very least, which should be enough to catch problems in 99% of cases.

I know it’s easy to test fire suppression systems yourself, but you need a professional to carry out the work. It’s the only way you can be sure everything is okay. You’ll be responsible for maintenance if you own the building.

There aren’t a lot of components inside an alarm system, even if it’s a good one. It doesn’t look as complicated as a rocket set for Mars, but everything will stop working if a faulty part needs to be fixed.

It’s unlikely broken components will be the reason the alarms don’t work when you’re in a fire. Things usually break when ceilings collapse, and the rest is caused by explosions during fairly large incidents.

Systems don’t always line up properly, which stops them from working. Maybe the sprinklers have been placed too far apart, so the water can’t put fires out. There could also be a water supply problem at the mains.

These issues will be picked up long before there is a fire, so it only occurs in 7% of cases where the sprinklers don’t work. Fire suppression systems that have been installed correctly will be serviceable.

It’s Unlikely To Happen To You

Most people will never get caught in a fire inside a skyscraper because fire suppression systems are so effective. Just don’t forget there are times when you need to be extra careful.