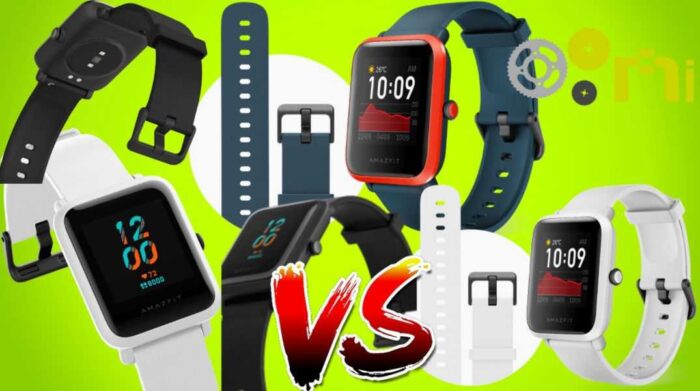 Amazfit Bip 2 vs Amazfit Bip Lite vs Amazfit Bip S. That’s right, today we bring you a duel to see which option best suits the needs and routines of each person. We will show you the main differences between these three smartwatches. Differences focused on the inside (hardware and others) since externally you will notice little difference because they are practically traced.

To be sure, consumer technology manufacturers often sell not only similar devices but sometimes quite the same but under different names. Or even with similar names, and then the design is totally different, or also similar. That’s when the consumer goes crazy to choose and know which is the best for them.

As we say, this is often very confusing for customers, for buyers. Therefore, product comparison can always be useful and helpful. And that’s what we are for. So in this post, we’ll show three smartwatches Amazfit: Bip Lite and S. Wearables are similar in name and design, but with some differences, which we will tell you here.

The Xiaomi Amazfit Bip S has just been presented, at CES 2020 in Las Vegas, and an even cheaper smartwatch than the other two previous ones. But also with an almost similar design, let’s see them in dept.

Do they have any difference in DESIGN?

All three models look pretty much the same at first glance, but they actually differ from each other both physically and technically. Visual differences may be noted until closer examination. In any case, they are all manufactured by the Chinese brand Huami, under the supervision of Xiaomi.

A typical feature of the Amazfit Bip, Bip Lite, and Bip S is a square screen design that remotely resembles an Apple Watch. All models weigh the same, that is 32 grams, and offer similar characteristics. As, for example, the Bluetooth connection to the phone and its applications, the amazing life of the battery. As well as the measurement of sports performance. Of course, they are scratch-resistant thanks to Corning Gorilla Glass and have ATM water resistance.

Features of the (Amazfit Bip 2) 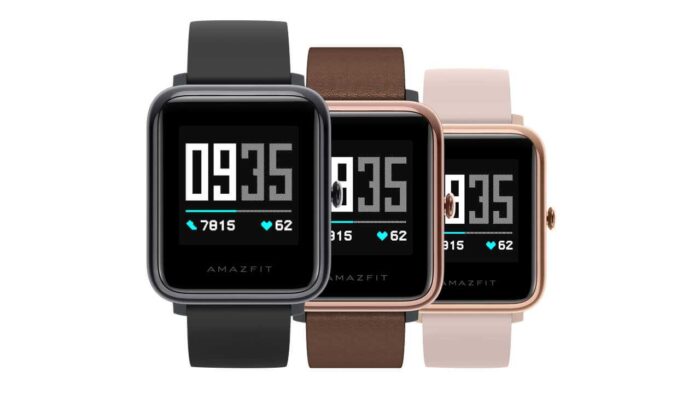 At the level of functions, this renewed version maintains more or less the use of the Amazfit Bip; improving performance while going one step further in measuring health.

Here are the specifications of the new Amazfit:

All three versions of the Amazfit Bip have a body made of polycarbonate, which is quite comfortable in contact with the hand and wrist. And without a doubt, it is one of the causes that make them so light in weight.

They incorporate a 1.28-inch color touch screen on the front. On the other hand, if we look at it from the front, they incorporate a mechanical button on the right. Clickable button, that is, it can be clicked but not as a “roulette”, as it happens in the new Mi Watch with WearOS. 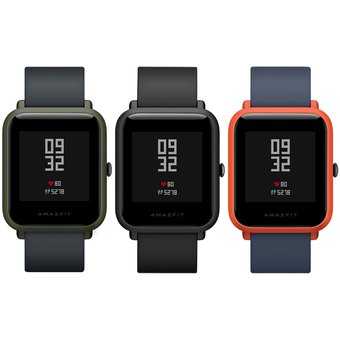 Available color tone variations vary between models as well. While the original Amazfit Bip is available in black, green, white, and red. The Amazfit Bip S will be offered in black, orange, pink, and white. On the other hand, the Amazfit Bip Lite has a choice of black, blue, and pink. 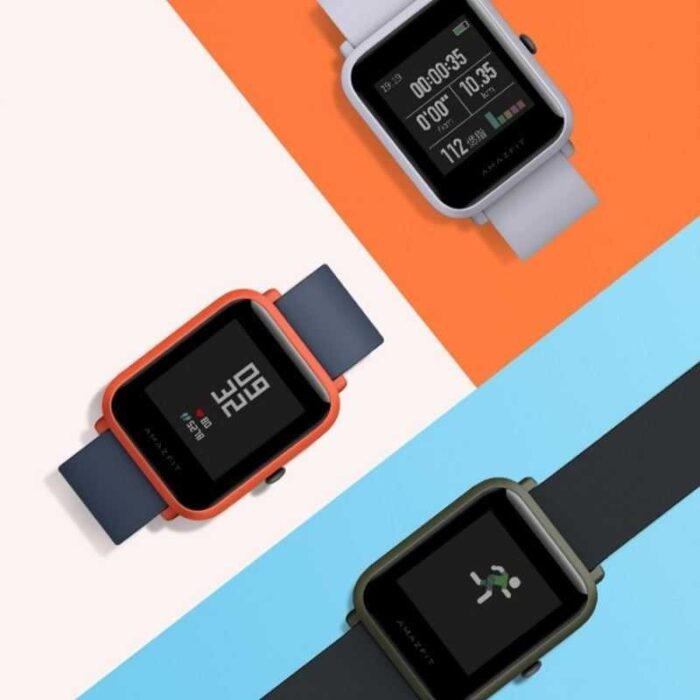 As we said at the beginning, all three watches are equipped with a 1.28-inch square color touch screen. Which, on the other hand, has a resolution of 176 x 176 pixels. This results in a sufficient pixel density of 194 PPI. In the case of the Amazfit Bip S and Amazfit Bip, they are covered with 2.5D glass. The Lite version appears to be flatter.

The battery is definitely one of the biggest and most distinctive features of the Amazfit Bip. It gives them several times more time than most smartwatches. Without a doubt, it can be said very loudly that it is the smartwatch with the best autonomy on the market. An almost inexhaustible battery that can last you perfectly two months in its beginnings.

In this parameter, there is a coincidence between Amazfit Bip, Bip Lite, and Bip S, and that is that they are all equipped with a 190 mAh battery. Although the parameters of the watch being compared are very similar, and the battery is the same, the declared duration of it varies.

In the case of Amazfit Bip and Amazfit Bip Lite, the manufacturer promises up to 45 days on a single charge. The latest addition to the family, Amazfit Bip S, comes with 40 days of battery life on one charge. When the GPS is on, the Beep and Beep S are reported to be up to 22 hours in maximum duration, in a row. 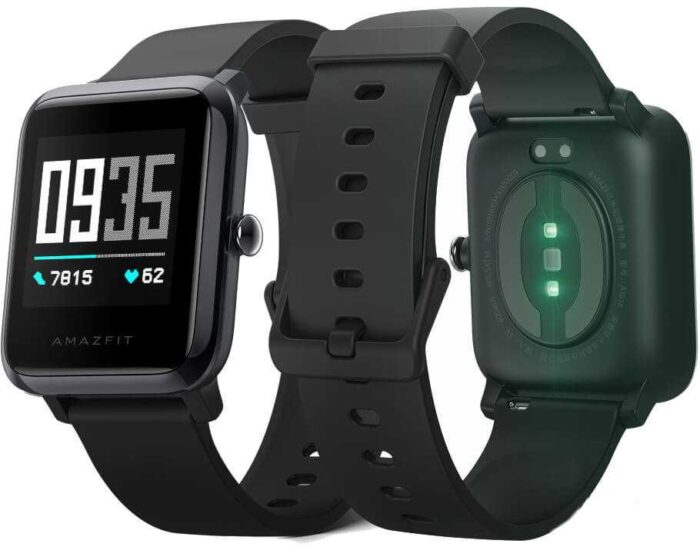 Many users buy smartwatches to record their sports activities. For this purpose, all three models are equipped with a three-axis acceleration sensor and an optical heart rate sensor. The Amazfit Bip also has an air pressure sensor and a geomagnetic sensor. While the Bip S adds an ambient light sensor.

The fundamental difference is in the number of compatible sports activities. On the one hand, the Amazfit Bip and Amazfit Bip Lite, only support four types: walking, outdoor running, indoor running, and cycling.

In contrast, the latest new model, the Amazfit Bip S has a dozen types of sports supported. That is, those 4 that the previous ones carry and 8 more. We must also mention the durability and resistance. The Bip complies with the IP69 standard, Bip Lite is water-resistant up to 3 ATM and Bip S resistance up to 5 ATM.

Of course, smartwatches must communicate with the outside world, at least with a connected mobile phone. Older Amazfit Bips have Bluetooth version 4.0 connectivity. While the Bip Lite incorporates the slightly newer version 4.1. Finally, the latest new Bip S has the latest Bluetooth standard – version 5.0 BLE. 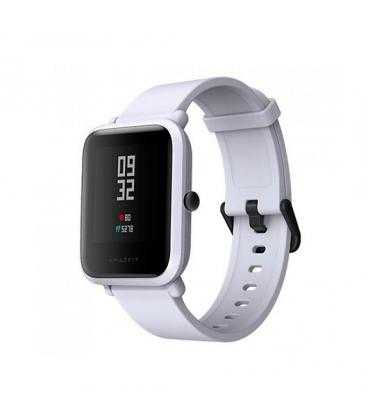 The Bip and Bip S are equipped with GPS and GLONASS satellite positioning systems for positioning and recording. This is completely missing in the Bip Lite version, that is, it does not have GPS, so this watch cannot offer these features. None of the watches are equipped with NFC support. At least not active in its global versions, let’s remember that in China some do use NFC.

Of course, all Amazfit Bip smartwatches can be connected to a smartphone. However, the applications differ; While the original Bip is connected via Mi Fit, the newer versions of Bip Lite and Bip S already use Amazfit.

As we can see, more and more Amazfit watches are using their official application. And Xiaomi’s own, Mi Fit, is becoming a little more sideways, leaving it only for old wearables. It should be noted that the phones compatible with these smartwatches have to come with Android 4.4 and higher or iOS 8.0 and higher.