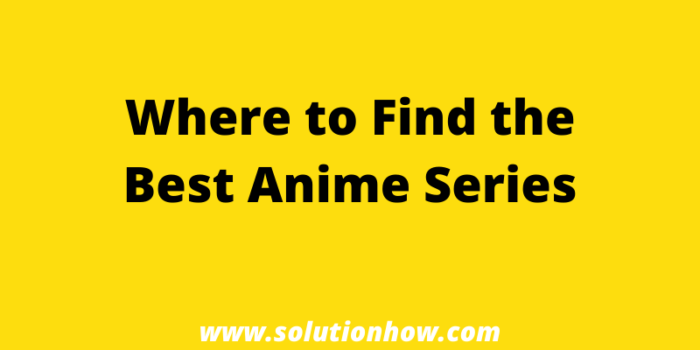 Where to Find the Best Anime Series

With thepopularity of free anime online higher than before, there are more and more legal ways of watching anime on either TV or PC via a streaming gadget. Here are a few ways of finding where to watch the top anime series.

Fans are makingthe switch to internet streaming to watch their favorite shows without having to download multiple files that need various video codecs. There are streaming services such as Crunchyroll who provide current and recent season anime shows to free and paid subscription. Paid users are offered latest episodes just a few hours after airing in Japan, where free users have to wait a week after to catch up. There are also a growing number of general streaming websites, such as Hulu, providing both dubs and subs.

On-demand via alocal cable or satellite provider is another choice of finding new and famous shows. The model of on-demand provides shows on a rotational basis, meaning viewers have limited time to watch later or earlier episodes. Most episodes are free of charge to customers, but are also provides on per-pay basis. It is a secondary choice for those who are willing to find a new series on their Television by chance within a little amount of time.

Even with the smoothdesire of more digital media, there will forever be a demand for physical media. But when there no one desires either digital or physical versions, there are such things as rentals. Stores such as Amazon for Mac and PC users, and respective stores for users of the Play Station and XBOX 360 console, provide digital rentals of TV and movies shows, including a growing library of anime titles. When a film or episode is rented, the user has limited time to watch it before it expires, generally within 48 hours. The idea is similar with most on-demand content, as well.