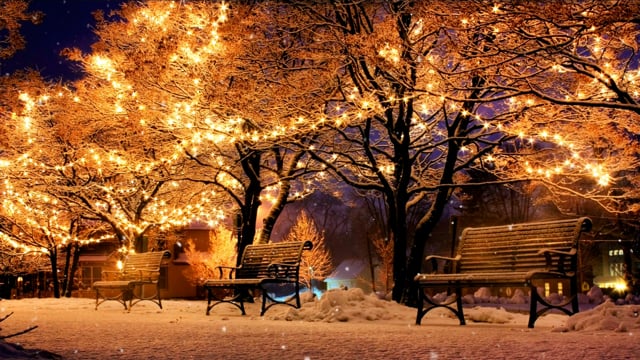 If you’re shopping for a new TV, Blu-ray player, or camera, chances are you’ve come across the term 4K. You might also see streaming services like iTunes and Amazon advertising 4K videos for movies and TV shows. In addition, many movie theaters utilize 4K technology to give the audience an optimal viewing experience. Whether you’re streaming your favorite film on Netflix, shooting video on your iPhone, or working with a dedicated server for video hosting, it’s important to understand the basics of 4K video and why it’s more than just a marketing gimmick.

The term “4K” refers to the resolution of a video or image file, whether it’s a movie, a camera shot, or a YouTube video. For a 4K video, there are approximately eight million pixels on the screen at once, with a resolution of 3840 x 2160. More pixels on the screen at once means higher quality video, with crisper images and colors. The aspect ratio that most pixel measurements utilize is 16:9, which fits most screens and follows the format of most modern movies. As the quality and size of our screens continue to increase, so too will the necessary resolution for creating a quality viewing experience.

The clarity of a 4K video or image is significantly higher than other common media formats, such as standard definition (480p) and HD (either 1080p or 720p). The standard 480p resolution for videos, which is otherwise referred to as SD, is the most basic video format and is progressively becoming less popular. SD works fine for almost all TVs and monitors, but chances are, the quality is noticeably lower than anything in HD, even on a cell phone. SD videos have been around since the 1970s, which means they are quickly becoming out of date.

High definition video, or HD, is the most common format for cameras, images, and films, but the term can refer to both 720p and 1080p files. 720p works well for most screens and doesn’t use too much bandwidth for streaming. 1080p, otherwise known as full HD, is the universal format for streaming services and video hosting. 1080p is the preferable choice most of the time unless you’re streaming on data or with a low-speed network. 4K videos, for relative comparison, are approximately four times higher picture quality than 1080p.

As technology progresses, the acceptable resolution for videos and images will continue to increase. The current top-of-the-line TVs support 8K video, though screens are not yet commercially viable and are incredibly expensive for the average consumer. For most people and for most screens, the difference between 8K and 4K is negligible because our eyes cannot pick up the microscopic change in detail. Currently, 4K is an increasingly available option for video files, computer monitors, and TVs.

To view, process, or shoot a 4K video or image, you’ll need specific equipment that’s capable of handling this resolution. To view a 4K movie, for example, you’ll need both a 4K video file and a screen that’s capable of showcasing this many pixels at once. You can still watch the 4K movie on a screen that does not support this resolution, but you’ll only be seeing as many pixels as the screen can show. On the other hand, video upscaling technology can take a sub-4K resolution video to 4K with AI assistance. However, this will never produce results with the picture quality of a file originally shot in 4K. You’ll still need a 4K monitor to see the changes between the upscaled and original versions.

To shoot videos or images in 4K, you’ll need a camera that can produce images or video files with a 3840 x 2160 resolution. As technology progresses, 4K cameras are becoming increasingly accessible for the average consumer. In fact, the most recent iPhones are capable of shooting in 4K. Most of the time, however, shooting in 4K requires purchasing a separate camera designed to meet this quality benchmark.

Drawbacks of Working with 4K

4K is a definite upgrade over 1080p HD, but that doesn’t mean you should always choose to utilize the highest possible resolution. There are several basic drawbacks to working with 4K videos and images, beyond the technology requirements mentioned above.

The primary drawback of shooting in 4K is the size of the image or video file. This can be especially problematic if you’re shooting on your phone or working with a smaller micro-SD card in your camera. Backing up these files can also be quite the process, as can uploading and copying between drives. Movies and TV shows from platforms such as iTunes, Google Play, and Amazon occupy as much as 18GB of internal storage. An external hard drive is a good option for anyone seeking additional storage for video file sharing and hosting.

The high quantity of pixels in a 4K file requires substantially more bandwidth and network speed for streaming. Just a few minutes of 4K video can use a substantial portion of your monthly data plan. If you’re automatically backing up the video files on your computer over 4G, you might be using up this data on accident.

In some cases, the Mbps (megabytes per second) download speed of your internet connection affects your ability to stream 4K videos. Bandwidth limitations are also worth considering, particularly if you’re working with a dedicated server or VPS for hosting your video content.

Conclusion- What is 4K Video and Why Does it Matter?

4K videos and images are significantly higher quality than SD and HD, with approximately four times more pixels than 1080p. As technology advances forward, the 4K format is becoming increasingly accessible. Shooting in 4K creates a sharper picture, with standout color and contrast. For entertainment purposes, 4K movies and TV offer outstanding visuals, similar to seeing a movie at the theater.