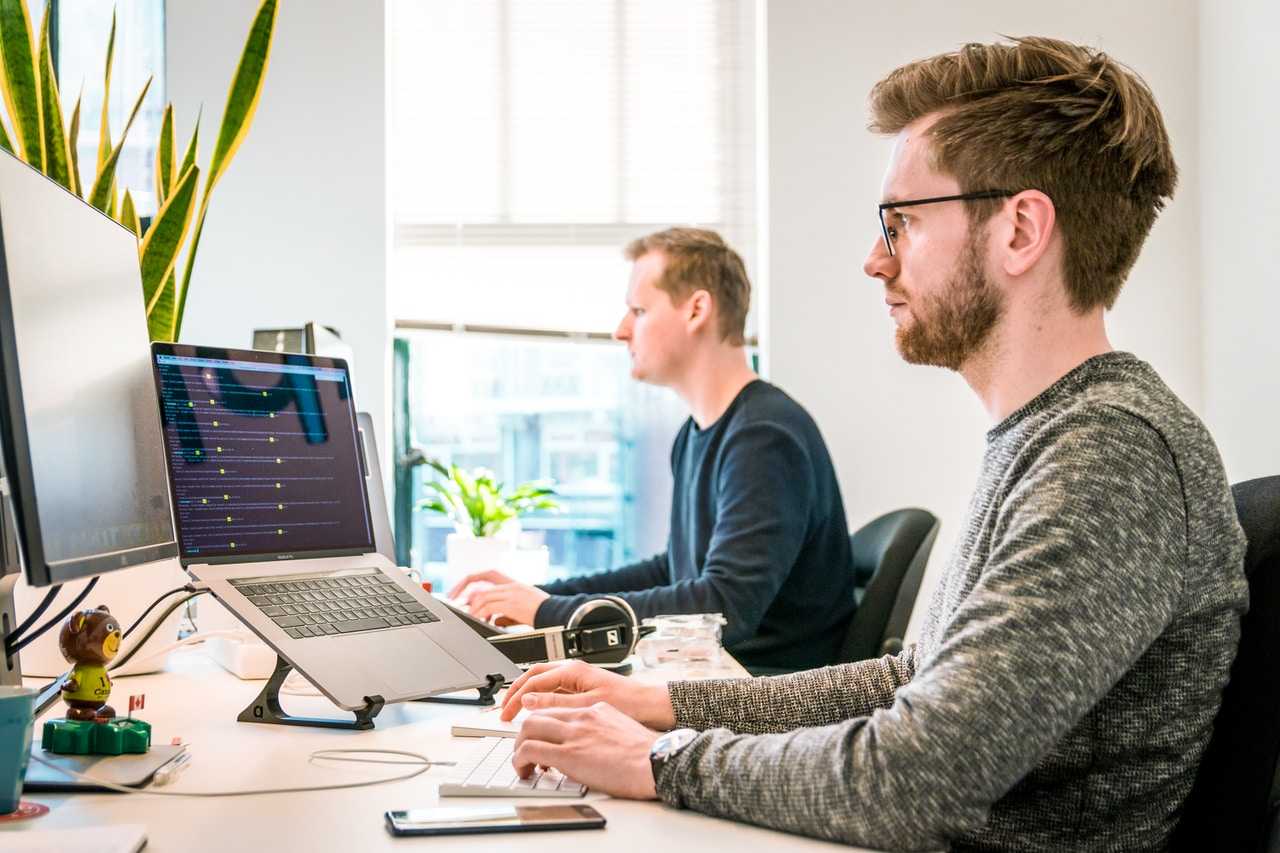 How To Change Your Career Path To A DevOps Engineer

So you’re interested in becoming a DevOps Engineer? You’ve come to the right place! In this article, we will outline the steps you need to take to become a DevOps Engineer. We’ll cover everything from the theoretical foundations of DevOps to the nuts and bolts of how to land that dream job.

If you’ve followed the recent developments in software engineering and IT in general, you’ll know that DevOps is the hot topic of 2020. DevOps is a philosophy that puts great emphasis on people and collaboration, built on the foundations of agile methodologies and continuous integration. It promotes collaboration between development, QA, and operations to improve the software development lifecycle and the user experience. According to Gartner, Inc., by 2023, 71% of survey respondents will be using DevOps in some capacity. Sounds good right? Let’s look at the origins of DevOps and how it all came together.

If you’re looking for the proverbial ‘silver lining’ in all of this, you can trace the origins of DevOps to the release of Agile methods and practices in the late 1990s. As we’ve established, software engineering and IT in general took a sharp turn for the worse in the early 2000s, with many companies experiencing near-annual turnover rates and a lack of experienced staff. It was during this time that DevOps emerged as a reaction to the growing pains of agile software development.

Continuous integration and delivery emerged as buzzwords in the agile community, and for the first time in years, software engineers were embracing the notions of quick releases and iterations, as well as the values of continuous learning and improving the user experience. It was in this context, that the DevOps movement emerged to provide guidance on achieving sound development practices in the face of increasing complexity. Additionally, due to the increasing prevalence of software-as-a-service (SaaS), the need for strong security measures also emerged as an important consideration for organizations adopting DevOps to reduce the risk of data breaches. With a strong focus on collaboration and a shared understanding of responsibilities, DevOps promotes a holistic view of software development and encourages more effective problem solving.

What Is A DevOps Engineer?

Speaking of problem solving, let’s look at what a DevOps Engineer actually does. According to the 2019 DevOps Handbook, the ideal candidate is someone who has a sound foundation in software engineering, has a keen interest in the field, and is seeking a challenging but rewarding position in a growing field. From a leadership standpoint, they prefer to delegate and work in close collaboration with their teams.

A DevOps Engineer is also someone who is comfortable working across different technology stacks, including scripting, software design, and more. They are well-versed in different methods of application development, and have the ability to implement various workflows.

How Do You Become A DevOps Engineer?

It’s probably a good idea to take a look at the different paths that can lead you to that role. While it’s not necessarily restricted to these steps, it’s highly recommended that you follow them in order to succeed as a DevOps Engineer. Because, let’s face it, it’s not easy finding a job you’re passionate about. You’ll have to work hard to convince employers that you’re the right person for the job. So, it’s best to start from the beginning and ensure that your efforts are directed in the right direction.

The first step is to gain relevant experience. Now is an ideal time to expand your horizons and take on new challenges. At the same time, you should be developing your professional skills through something like code academies, certifications, or even advanced degrees. Doing so will help you in your job search and set you apart from other candidates. You’ll also want to make sure that the skills you’re learning are directly applicable to the roles you’ll be playing once you’ve landed the job. This will ensure that you continue to develop your knowledge base and remain relevant to employers.

What About A DevOps Other Than Engineering?

So far we’ve talked about DevOps Engineers as a cohesive unit. As the name would suggest, however, this is only part of what DevOps is. According to Wikipedia, among other things, DevOps is “[a]n activity-based approach to software delivery that promotes collaboration among software teams.”

As you might imagine, DevOps encompasses a number of ideas and tactics that could be applied to different sectors and areas of expertise. To name a few:

The scope of DevOps is therefore very broad, and it’s important to understand its limits in order to have a fuller understanding of the role. It is not a catch-all for every role related to software development and IT, nor is it meant to replace professional engineers. It simply provides a set of guidelines and processes that can be used by anyone with a keen interest in becoming a better software developer.

For example, if you have a background in business and finance, you might want to consider applying for a position in a company that handles financial transactions. In this role, you’ll be responsible for the testing and implementation of financial software, and a DevOps Engineer background would make you stand out from the crowd. Alternatively, if you have a design background and love to create user-friendly interfaces, working on a project that involves interaction with users would seem to be the perfect fit. Similarly, if you love to tinker with technologies and software in general, a role in a company that creates software that deals with big data might seem like a dream come true.

It’s also worth noting that many traditional software development jobs are still relevant in today’s world of DevOps. For example, if you have a team that develops Windows or macOS software and are looking for someone with experience in Linux, your search might end here. As we’ve established, DevOps embraces the notion of cross-platform development, and many of the techniques and methodologies involved in a traditional software development job still apply.

Get The Most Out Of DevOps

Finally, let’s look at what sets DevOps apart from other similar movements and methodologies in recent years. As we’ve established, the open source community embraced DevOps during a time of great need and great opportunity. Because open source software development is largely a community-based process, with many individuals contributing their time and expertise on a pro bono basis, there was a ready-made workforce of highly skilled software developers that businesses and organizations could capitalize on. With many talented developers contributing their skills and working for little to no cost, establishing DevOps was never going to be difficult.

It was also a time when the general public and many organizations were seeking advice and guidance on how to deal with the complexities of modern life. In response, the open source community began creating documentation and offering online courses and meetups, making it even easier for individuals to learn and get involved. If you want to get the most out of DevOps, it’s important to consider the resources that are already available to you.

If you’re interested in changing your career path to a DevOps Engineer, it’s a very positive sign. According to the job search site Indeed, there are currently more than 125,000 job openings listed across the country as of March 2020. If you can find a job you’re passionate about, it doesn’t get much better than this.

As we’ve established, DevOps is a relatively new term and relatively new field. Still, due to its popularity and the need for competent professionals in this area, employers are always going to be on the lookout for talented engineers looking to specialise in DevOps, which is great news for you.