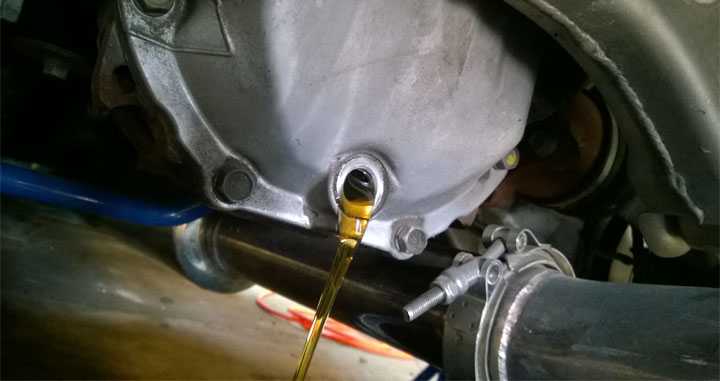 The differential is like a Pink Floyd lyric in the making; toiling away in quiet desperation, uncomplaining, until it finally drops dead from overuse and neglect. But your differential’s story does not have to be a tragedy if you remember that it is there and show it some love from time to time.

In most cases, accidents will mean that you will have more expensive car insurance rates than drivers who have a clean driving record. Accidents will make you lose the ability to qualify for great coverage plans like instant car insurance with no deposit. Many times, avoiding an accident comes down to elementary things like changing your differential oil.

What is wrong with the differential oil?

The differential does not ask for much: just some new fluid every once in a while. The oil in your rear differential – and front differential, if your car’s four- or all-wheel drive – has two things working against it. First, few bother to think about differentials because axles rarely leak or use oil the way engines do. Second, axles contain comparatively little oil, and that oil remains stuck churning in the differential instead of circulating through a cooling system. So, it is only a matter of time before the gear oil breaks down, and the gears lose their cushion of lubricant. Once that happens, you are eventually looking at failed gears and a long walk home.

How to Replace Differential Oil

Replacing the differential oil is not difficult in most cases. Many differentials have a drain plug in the bottom and a fill plug on top or near the middle, so here it is just a case of drain-and-refill. Others have only a fill hole, so you either have to loosen the differential cover bolts in the rear to drain the oil or, more sensibly, use a hand extractor to pump the old oil out through the fill hole. While this might seem a bit extravagant, in most cases you will need a pump to get the new oil in, anyway. You can expect to spend about $25 to $35 on a basic oil pump, and upward of $50 for a good one. If you are the kind of person who likes to collect tools with the expectation of using them later, then this might be a worthwhile investment. But, considering the time and aggravation involved, and the requirement for a $35 tool that you probably will not use again for another three years, you might be better off paying a local mechanic $20 to do this for you.

Which oil is best for the differential?

Whichever route you chose, you should seriously consider using good synthetic gear oil in the differential. While synthetics are more expensive, they will reduce parasitic drag in the differential to net you a bit of extra horsepower at the wheels, with a concurrent increase in fuel economy. And these oil changes are far enough between, and require little enough oil, that there is really no reason not to use the best lubricant you can get.

Differences for manual and automatic transmissions

Most of the same things that apply to the automatic transmission also apply to the manual, insofar as metal in the fluid is concerned. Fine particles are acceptable to a degree, but large shards or shavings may indicate serious problems in the transmission. Remember: every ounce of metal on that plug is an ounce that should be somewhere else in the transmission doing something important. Steel particles are normal, and you will likely see a little bit of brass dust mixed in from the synchronizers.

Many manufacturers use a drain plug with a square depression. Generally speaking, that square measures either 3/8-inch or 1/2-inch, and you’ll find that the drive end of a 3/8- or 1/2-inch ratchet fits nicely into it. If you run into any problems, it will likely be just in getting the plug out without damaging it or the transmission. If you’re like most people, you will find the plug rusted into place. If you run into any problems whatsoever, it is better to just take the car to a shop to have the fluid changed. If they kill your plug or mess the transmission case up, then that is on their heads. Note: remove the fill plug first; if the fill plug’s rusted into place, it is better to find out before you drain the differential oil.

Do not neglect to keep your vehicle in shape. Stay on the path of having zero accidents and get insured with Young America Car Insurance or Rodney D’Young Insurance.