If you go to any jewellery outlet, you will surely find the most fashionable and latest jewellery with black diamonds. They look exclusively impressive in contrast with white diamonds, white gold, platinum and other light materials. In nature, there are two types of black diamonds. However, they are not frequently used in jewellery. What kind of stones do we see in jewellery stores called “black diamonds”? Let’s try to figure it out. Check out the black diamond ring collection here, segaljewellery.com.

What are black diamonds?

Diamonds are faceted stone – crystalline. Only a few decades ago, fewer people knew about jewellery made of black diamonds. In a wide sale at affordable prices, they appeared relatively recently. Two types of stones are known categorized by their physical and chemical properties, belong to diamonds and are black. However, there are big differences between them.

The so-called black diamonds or carbonado have been known since the 18th century. Carbonado deposits were discovered in Brazil, and then in the Central African Republic. They are never found in deposits with ordinary diamonds, which indicates their different origin. 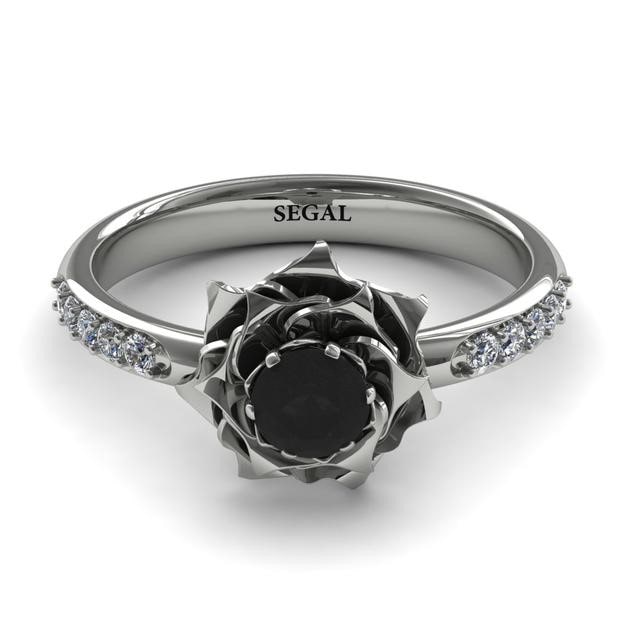 Carbonado is a polycrystalline formation formed by a multitude of tightly welded tiny siliceous diamonds. The crystal spike is not uniform; therefore, the carbonado has a porous structure. It includes graphite and iron compounds – hematite and magnetite, which cause a dark color. A large number of inclusions make carbonado opaque. The diamond crystals’ relative position does not reflect light, but rather absorbs it, depriving the formation of the famous diamond shine. The polycrystalline structure’s features determine the extreme strength of the carbonado, unlike ordinary diamonds, which are quite fragile. At the same time, the mineral retains the hardness of diamond.

Carbonado has always been used only for technical purposes and had an extremely low cost. They were never seriously considered as potential diamonds. Of the important quality parameters of 4C diamonds (cut, clarity, color and weight), carbonado has only three, and clarity (or transparency) is absent. Besides, due to its extreme hardness, carbonado is difficult to cut, and the porous structure and the abundance of inclusions do not allow for high-quality polishing. The usual thing is the loss of 50-60% of the weight of the stone during processing.

However, with the development of diamond processing technologies, black diamonds made from carbonado began to appear. First, stones with a uniform color and a weight of 10 carats and above were selected for these purposes. Now there are black diamonds from carbonado weighing less than 1 carat.

In addition to carbonado, there is another type of black diamonds found naturally. It is a single crystal of black color, which in its properties are familiar to us jewellery diamonds. These truly rare stones really have a natural black color due to the inclusions of graphite. These diamonds can also be attributed to crystals with dense dark gray, brown or green color, which would look black in reflected light. They are opaque or translucent, mainly with various inclusions that complicate their processing. However, if a diamond has a uniform color and minimal internal defects, then you can get a black diamond of excellent quality.

Black diamonds in our stores

Recently, there has been a steady increase in demand for black diamonds. Of course, they cannot compete in the game of light with transparent diamonds, but they have a deep color and unusual shine. To meet the demand, manufacturers need a lot of stones with even coloring and the possibility of polishing, which will give black diamonds a characteristic “adamantine” shine.

However, the natural black diamonds mentioned above are rare and not suitable for the mass market. The production of carbonado diamonds is difficult due to the complexity of their processing. The porous structure with an abundance of inclusions does not allow to obtain diamonds with a uniform color and good polishing.

According to gemologists, the bulk of jewellery with black diamonds in our jewellery stores most likely contains ordinary brownish, brown or yellowish diamonds. Due to the presence of various defects, they have a lower value. They are subjected to treatment to change the color to black – staining, exposure to high temperatures or radiation. After processing, the diamonds acquire an even black color.

In simple terms, the majority of black diamonds on the market are ordinary diamonds of not the best quality that have been subjected to artificial color-changing procedures.

The price of black diamonds

The bulk of the “black diamonds” in the jewellery market are not classified as “real” diamonds since they lack such an important characteristic as transparency. Therefore, they cannot compete in value with transparent diamonds.

The approximate price of a 1-carat black diamond (carbonado or diamond with a changed color) of average quality is $150. Poor quality black small diamonds’ price range is between 10 and 20 dollars per carat. If the quality is excellent and the stone is large, then the price can reach 500-600 dollars per carat. Thus, the cost of black diamonds is ten times less than the cost of “standard” natural diamonds.

However, natural single-crystal black diamonds are a special case. They are rare, and with good quality, the cost of such stones can reach several thousand dollars per carat.

The price of the largest black diamond is very indicative. Among all the diamonds known in the world – the Black carbonado with a weight of 489 carats takes the 3rd place. Only the yellow diamond “Golden Anniversary” of 545 carats and the colorless “Cullinan I” of 530 carats are larger.