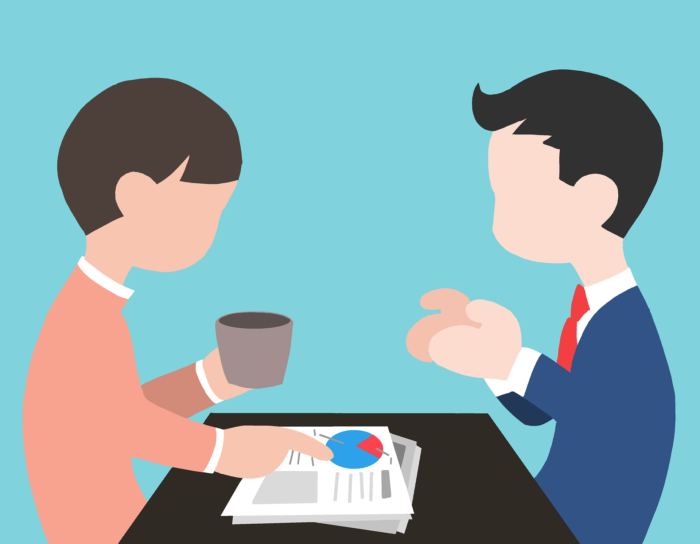 Why You Are Failing In Sale

A Salesman, often called Sales Representative or Salesperson, is the one who sells products or services directly to consumers. They are responsible for explaining how a product works and benefits them.

You can also see most of them giving sales materials like brochures or pamphlets. Their primary purpose is to create sales leads for the company or brand they are working for. After all, every sale they make drives profits, as well as success and business growth.

However, these people are like car engines that need to be maintained from time to time. They still need to level up their sales knowledge and tactics since most sales strategy today might not be as effective in the future. This is also the reason why many salespeople fail in their careers.

While most reasons for their failure may vary since each salesperson is different, what they all need is a consistent sales training that would update their sales knowledge and further enhance their expertise.

To help you determine if one or more in your team are failing in their duties and responsibilities, we’ve compiled below of the most common reasons why they fail. We’ve also added some practical advice on how to become a better salesperson.

Their selling ability and styles are being constraints

One of the main reasons why a salesperson is not productive is that they are not comfortable with what they are doing. While it is essential that companies must implement a strict standard procedure when it comes to selling, this might also hinder their ability to make a sale. And for this reason, more likely, they will not be able to hit their quota, which in turn affects their morale. If this happens too often, literally, they will soon lose interest and quit. Following sales guidelines are essential; however, this should not limit one’s ability and unique style of generating leads.

While companies should not limit their people selling capabilities, every salesperson, on the other hand, should not set aside their company’s standard selling procedures. Both should be perfectly balanced when dealing with consumers. The problem with sticking to one’s selling tactics is that they often look too persuasive. According to The Smart Consumer, manipulative persuasion tactics are no longer effective since most consumers nowadays aren’t comfortable with that kind of selling style.

An inappropriate building of rapport

Building good rapport is essential so consumers can develop confidence in trusting a salesperson. Without establishing a rapport, it would be difficult for them to generate leads. However, similar to being too convincing, it would also be a mistake if they would try to manipulate a consumer to like them instead of staying professional. One effective way to build rapport is to determine what a consumer wants and why. Once you have figured out what they need, find a way on how your product would be able to benefit them as well as satisfy their wants. With this, people will more likely develop trust and confidence in you.

Most salespeople polish their selling skills to make sales as many as they could. However, only a few of them learn the art of overcoming objections. While a successful lead could boost a salesperson’s morale, an objection, on the other hand, would make them feel useless and a failure. The best thing one can do is to polish also their ability to handle objections. If one has developed a plan to succeed in sales, they should also develop a solution for every possible rejection. Furthermore, successful sellers prefer to remain calm when they’re dealing with objections rather than jumping into a ‘defensive mode.’ according to them, it is better not to try to overwhelm your customers during the objection but rather calmly explain how good the product is and how it would benefit them.

They’re not open for improvements

One obvious reason why a salesperson fails is that they don’t accept change nor improvements with their current level of selling skills. The reason why companies should implement sales training from time to time is to update their sales team about the newest trends and techniques when it comes to selling. After all, consumers are evolving and getting smarter over time that traditional selling approaches will no longer work for them. In order to cope up with them, salespeople need to level up their selling skills too. According to some successful salespeople, if it requires them to make some dramatic changes when it comes to their sales process, they would gladly do so if that would help them improve their sales productivity.

If one has put genuine passion, not only in the field of sales but in everything they do, more likely they become a successful person no matter how hard their current situation is. That is the power of genuine passion. The more they are passionate as a salesperson, the more authentic the sales conversation will be.

At 7th Level Communications, Jeremy has pioneered an internationally recognized sales training methodology that to date has helped more than 200,000 salespeople in 40 countries achieve exceptional results. This remarkable success in sales training has been the natural progression of his extraordinary sales career in the training and educational products industry.

For more than a decade in the industry, he has led global sales forces, developed sales training, and been the top individual sales contributor at companies where he has exponentially increased revenues as a rule rather than as an exception. Jeremy is one of only three active sales trainers in the world with individual earnings as a salesperson of more than seven figures annually.

He has consistently been ranked one of the top sales income earners internationally, including 45th in the top 150 earners among the 80 million active salespeople in the direct selling industry.

Before founding 7th Level Communications, Jeremy co-founded and served as Chief Sales Officer of an online education start-up that he took from zero to $37M in revenue the first year. Previously, he was Vice President of Sales at Wealth Masters International, a provider of personal finance training and educational products.

With responsibility for recruiting and training the worldwide sales organization, he increased annual revenue from $12 Million to $75 Millions in three years. Prior to Wealth Masters, Jeremy was Vice President of Sales and the top individual salesperson at Life Path Unlimited. His sales expertise helped propel this personal development training and education company from start-up to a market leader with $55 Million in annual revenue in only two years.

Formerly, he was the top salesperson at Liberty League International in the same industry niche, where he was instrumental in the company setting new industry records for sales revenue.

Preceding his experience in the training and educational products industry, Jeremy was Regional Sales Manager and the top salesperson at Vivint, a supplier of home security services. He expanded the sales force, developed the sales training materials, and increased the company’s annual revenue tenfold to $100 Million in two years.

At Pinnacle Security almost 20 years ago, Jeremy started his sales career selling home security products door-to-door. Here he had his initial epiphany about conventional sales approaches and subsequently adapted his methods. His new methods earned him $100,000 during a summer break from college and the Vice President of Sales job two years later, during which he played a key part in the company being named to the Inc. 500 list of fastest-growing companies.